Tesco spokespeople have stated the supermarket chain wraps single leeks in plastic to avoid "inadvertently creating food waste". The supermarket was responding to a customer complaint after she spotted individually wrapped vegetables in her local store.

A Twitter user who works in the charity sector and lives in London, said she found single leeks in plastic packaging and said she was left confused by the method.

"I had to do a double-take when I saw the leeks in my local Tesco. I couldn't quite believe my eyes that there were solitary leeks wrapped in plastic." She asked Tesco why it felt single leeks in plastic would be an appropriate way of selling vegetables on Twitter. 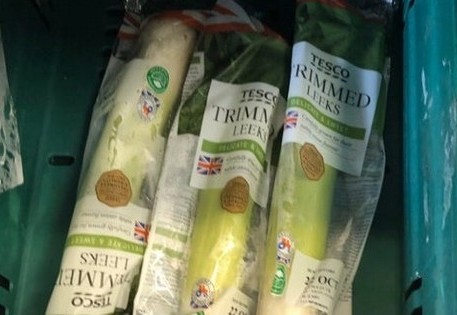 A spokesman replied: "We are trialling lots of opportunities to remove packaging and are removing packaging, where possible. However, in lots of cases, this can lead to a compromise on quality and therefore we have to be careful not to inadvertently create food waste."

While all supermarkets have been called out for excess waste in recent times, it is curious Tesco appears to have introduced a new packaging method that so rigorously counteracts the general theme. Across the industry, food retailers have been rolling out a number of cut-backs to help combat plastic use.