"The consumption of flowers is not a new trend; the Romans already ate lavender flowers and roses in omelettes. The peak of their use in gastronomy was reached in Victorian England, mainly in the form of sauces. Soon they will become a common ingredient in tables around the world. If they have not become popular until now, it is because of their quick expiration when sold fresh," explains Laura Carrera, CEO of the Innoflower company.

Laura has been marketing flowers for 6 years and she says that the demand for this type of products is only increasing. “The consumption of flowers is very common in Asia (China, Thailand, India…); they are ahead of us. These are possible channels for the Spanish market, especially for flowers with a long shelf life (lyophilized, dehydrated, crystallized, in flour, etc.).

“Our advantage is the continental Mediterranean climate, ideal for flowers such as the mini pansy. The handling of edible flowers is not so different from that of other horticultural products and choosing the right variety for each climate is vital,” says Laura.

Cristina Moliner, a PhD in Pharmacy from the University of San Jorge, comments on the results of her research on the properties of floral extracts and their bioactivity; that is, the benefits of their intake at an antioxidant, neuroprotective and antimicrobial level. “The most noteworthy is the antioxidant and anti-aging properties of the violet and pansy extracts, tested in vivo on the C. elegans model organism, as well as their neuroprotective potential; a bioactivity also observed in tagete flowers. For their part, rosemary and onion flower extract stand out for their high bactericidal power, and not only on planktonic bacteria, as they are also effective in the inhibition of biofilm formation; a fact that gives it great potential as an antibiotic.” 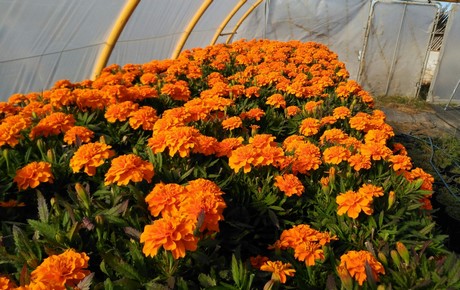 According to Cristina Moliner, it is a food with a promising future. “Many haute cuisine restaurants have already been including flowers in their recipes for a long time. These trends eventually lead to products appearing on the supermarket shelves. Retailer Mercadona, for example, has already started selling a flower salad.”

"From the perspective of something as in vogue as superfoods, it is actually possible to manufacture functional products with excellent nutritional characteristics, as well as nutritional supplements for the elderly, since flowers provide nutrients, but they are also low-calorie foods," says the researcher. And she adds that during her research, "some flowers showed neuroprotection effects that we will continue to investigate, especially their positive impact in the treatment of diseases such as Alzheimer's." 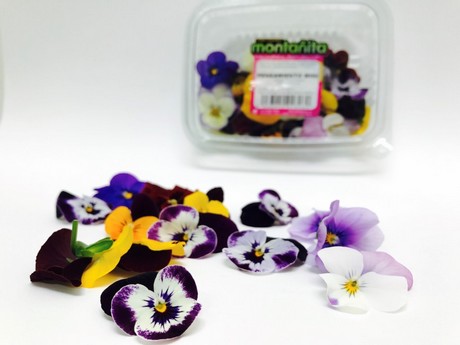 According to Cristina Moliner: "Consumers nowadays demand foods that have beneficial health properties, in addition to the nutrients they contain." However, "research on the properties of edible flowers is still scarce compared to that of other food groups."

Cristina Moliner is a doctor in Pharmacy, researcher at GI Pharma and author of the thesis "Characterization of the biological activity of edible flowers".

Laura Carrera is a doctor specializing in reproductive biology of flowers and CEO of Innoflower.