Federal Minister of Food and Agriculture, Julia Klöckner, today in Berlin, announced the model of a simplified extended nutritional labeling she wants to introduce in Germany. This was preceded by comprehensive, scientifically based and independent consumer research on behalf of the Ministry. 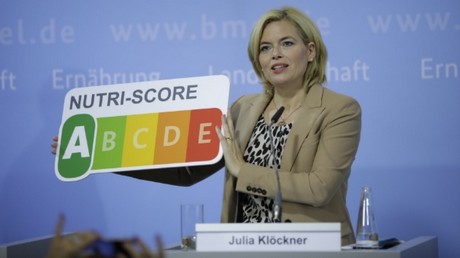 In the run-up to this, the Federal Minister first had the Max Rubner Institute carry out a nutritional analysis of numerous models and then brought all those involved to the table. Together with the coalition parliamentary groups, the Verbraucherzentrale Bundesverband and the Food Association Germany (BLL), she had decided which models to give exactly to consumer research - which is a European requirement for notification. Their result is now available - a corresponding draft regulation will be submitted promptly by the Federal Minister of Food.

Julia Klöckner: "As an extended nutritional label for Germany, I want to introduce the NutriScore, so I make a valid decision in a debate that has been going on for over a decade in a very emotional - sometimes polarizing - atmosphere, making it all the more important for us to be one of our own scientific analysis and consumer research now have a reliable and reliable data basis.

The desire of consumers for more security and transparency in the purchase of food - the results show - is great. For many, it has so far been difficult to do much right with healthy nutrition and to feel secure when making a quick purchase decision. Especially at a time when more and more finished products are being used, some of which contain too much sugar, salt or fats. This has health, but also economic consequences that I do not want to accept. With the NutriScore there should now be a label on the front, which meets many of the requirements that formulate the consumer to an additional nutritional label: It is at first glance detectable, easy to understand and uses the catchy, already learned color world of a traffic light. The NutriScore does not allow any conclusions about the composition of the nutritional values. Above all, consumers expect a summary rating that provides quick orientation. Further information can be found in the nutritional table and the list of ingredients.

The results of the scientifically sound consumer survey commissioned by us are compulsory under European law in order to introduce a model. We proceeded in a very structured way: scientific analysis and seriousness of the labeling models, qualitative questioning and evaluation. For me, the result of consumer participation is decisive and I take it seriously. The NutriScore is scientifically reputable, known vulnerabilities of the algorithm are optimized. For the German market, I will very soon create the legal basis for the use of NutriScore and submit it to the colleagues of the Cabinet for approval. This is a milestone in nutrition policy."