Germains Aalten has been around for 50 years

If it can be done with cigars, then why not with seeds?

September is the anniversary month of Germains Seed Technology. The seeds treatment company has now been active in the Netherlands for fifty years and will end their ‘anniversary month’ during Seed Meets Technology. This will be where the company shows the latest developments, among which a new type of priming for fennel, but this all started with a decision made fifty years ago. In order to sow more efficiently, either the sowing machines needed to be improved upon or the seeds. The decision was made to improve the seeds.

“Fifty years ago a couple of countries started to research ways to make sowing seeds more efficient”, says Hans Derksen, Site Manager at Germains. “Bram Hoopman of Onderzoek & Ontwikkeling, as the company was known back then, was getting questions about him making a new sowing machine as an alternative for piled seed. Making the machine, however, turned out more difficult than originally expected, but since coating cigars was already happening as a side effect, the step towards coating seeds was made as well.” 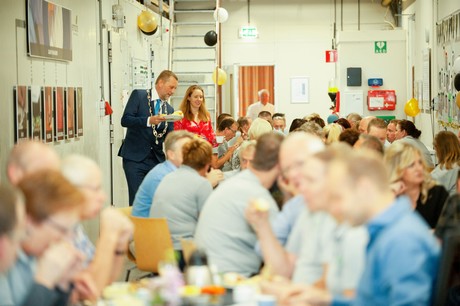 The rest is history, as one might say. O & O became IST, International Seed Technology and in 1997 the British company Germains took over. Nowadays they have around sixty employees, still located in the Dutch IJzerlo, which is a neighborhood in Aalten, who work on the treatment of the seeds. Obviously, they are using the latest in machinery including this year's edition of the newest seed dryers*. Research & Development has been taking place in Enkhuizen for over ten years now. 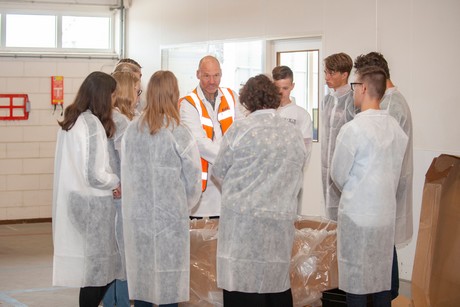 ‘Coating’
Among others, the large Dutch breeders visit Germains to ‘praise’ their seeds. Hans explains. “The conditions are made perfect for the seeds in terms of temperature, light and water. Just before the seeds start to germinate, the process is stopped and they receive a ‘coating’.”

Now there are ‘coatings’ in a wide variety of colors, for instance for lettuce, Germains largest product group, but especially ‘coatings’ that offer more protection from fungi. That protection is getting more and more important now that crop protection products are becoming less and less accepted. On request of the costumers, Germains does constant research in this area, because the fungi are also constantly developing. 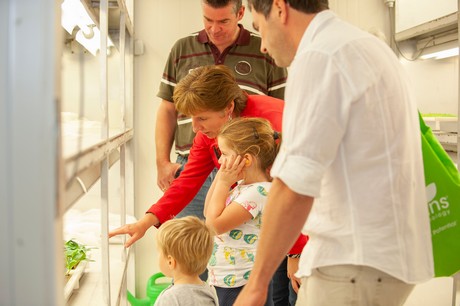 Fennel and cupcakes
The latest development at Germains is a new priming for fennel, which was being introduced during Seed Meets Technology. Since it is also their anniversary month, there was a special night for their customers on the 24th of September. Balloons and cupcakes were handed out during the event in Zwaagdijk.