As pepper production gets underway in Georgia, the crop looks good thanks to a summer of favorable growing conditions.

“We’re finishing up in North Carolina and we’re starting in Georgia next week,” says Eric Bolesta with the Grower Network, LLC in Lake Park, Ga., noting that while it’s the usual start time for the Grower Network, most Georgia growers start around Oct 1st. “It’s been a seasonal summer because we’ve had rain and things like that. But nothing out of the ordinary so the Georgia crop is looking good.”

Bolesta estimates that the volume is similar to last year’s volume and notes that it’s largely green peppers in the crop. “We continue to play with colors but it’s a tough fit in Georgia because growing conditions aren’t really optimal for it,” he says, adding that the Grower Network is expanding into offering two-piece tray packs this fall. “We do want to eventually get into it but we haven’t found a variety that we’re totally excited about yet.” 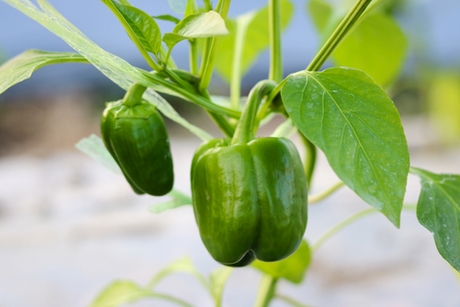 East coast competition
Along with Georgia, on the East Coast competing product is coming from Michigan, New Jersey, North and South Carolina and California on the West Coast. “They are all going but nothing in any serious volumes.

But everything is spread out so no one’s leaning on one particular growing region,” Bolesta says. As the calendar moves towards October though, he notes that it’ll move to supplies just coming out of the Carolinas and Georgia and then just California, though Florida will also begin production Nov. 1st. Georgia continues production until December 1st approximately.

All of this leaves demand as “okay.” “It could be better,” says Bolesta. “August wasn’t a very good month and it never is for anyone. But typically in September, people just get tired of being in one region, even if it’s local. I think we’ll see demand pick up here in the next week or two.”

And not surprisingly, pricing is average as well for now and typical of what’s seen at this time of year. “I’m surprised the hurricane up the East Coast didn’t affect it a little. There was a little bump but nothing drastic,” says Bolesta. “I do think it’ll take until the first of October for all the local deals to be done and for things to stabilize across the whole supply chain. Even then it’ll just be typical pricing for this time of year.”