"The trick is to make the most of the available light"

Winter is coming! At least for the Northern Hemisphere days are getting shorter and the dark months of the year are coming soon. Growers know the importance of light all too well. They want to let as much light in the greenhouse as possible. "The trick is to make the most of the available light. There are a couple of factors that can stop the much-needed sunlight from entering the greenhouse. One of which is the condensation on the inside of the greenhouse", says Barry Zuidgeest with ReduSystems. 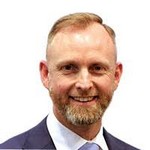 The problem of condensation usually starts in August or September, due to the difference in temperature between the night time and the day time becoming larger. "This causes condensation on the inside of the greenhouse in the night and early morning. Drops of water remain on the inside of the greenhouse roof. The droplets reflect the sunlight in all directions due to their round shape", says Barry “Wageningen UR has previously conducted a research study which proved that condensation can lead to a light-loss of 9% in a greenhouse made of glass.” 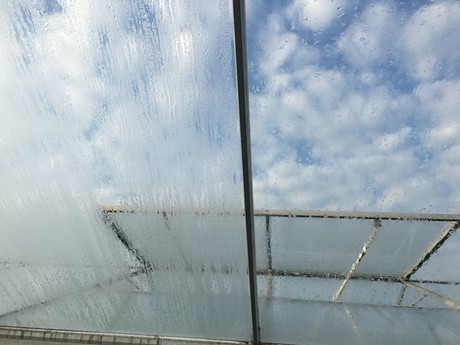 Heavy droplets
When the condensation droplets become too heavy, they fall into the crops. Inside rain like this can lead to fungal diseases such as Botrytis.

Glass repels water, and because of that hydrophobic property, a round droplet is formed. By supplying the inside of the greenhouse with a coating, the property changes to a hydrophilic one. The coating on the inside of the greenhouse roof prevents the forming of condensation droplets by letting the droplets flow into a water film, which light can get through more efficiently.

Prevent condensation
Barry: ”We advise growers prevent condensation and all of the consequences it brings by applying a layer of coating ahead of time. The glass needs to be bone dry. The best time to apply the coating is in the summer during the crop rotation, because the greenhouse will be empty at that time. The coating will then remain on the roof for the rest of the season. It is durable enough.”

The coating is used in both foil and glass greenhouses in other countries. In the Netherlands, the use of coating seems to be an upcoming trend.