Use of H-2A slowing according to Labor Department 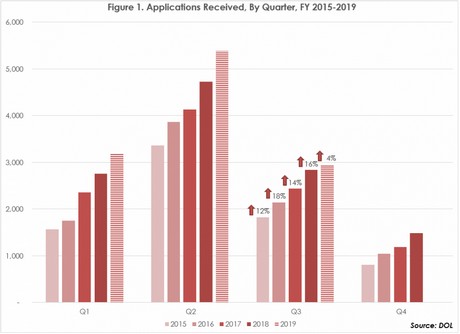 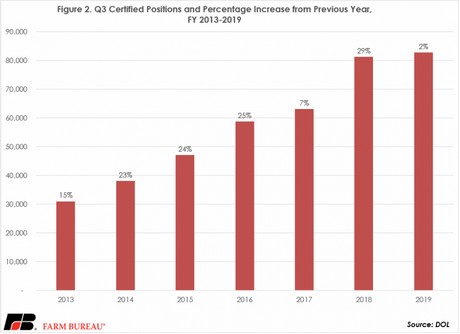 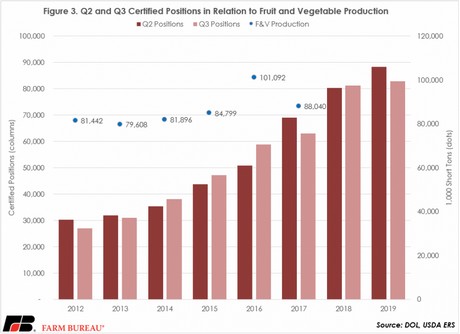 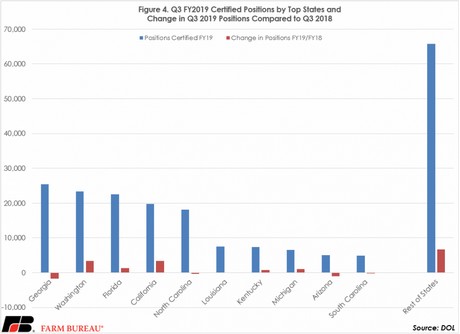 Along with the data on certified positions, DOL’s latest report provided some good news related to application processing time. Last quarter, we flagged the concerning statistic that only 78% of applications processed during the second quarter were done so in a “timely” manner, which, according to DOL, occurs when a complete H-2A application is resolved 30 days before the start date of need. With 89% of applications processed in a timely manner, the third-quarter was a dramatic improvement from the second. Despite the improvement, timeliness of approvals remains marginally below the percent achieved in fiscal years 2015-2018, as shown in Figure 5. 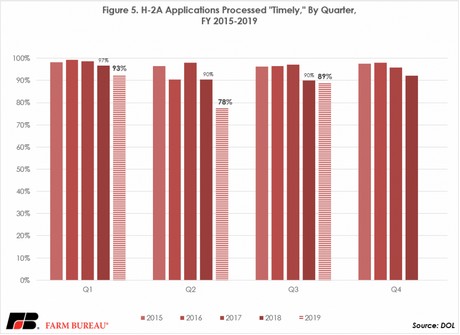 Summary
While DOL’s latest data on the number of H-2A applications received and certified for the third quarter of 2019 certainly gives us a good deal to think about, we need to see a few more quarters of data to determine if we’re beginning to see maturity in the usage of the H-2A program or if fiscal year 2019 is simply a weather-induced blip on the radar.