“Everyone doubted that we could achieve what we have achieved already,” says Jason Ralph-Smith, Managing Director of AutoPot Global. “We’re growing beautiful, healthy crops with no electricity. We’ve only got mother nature, shade cloth, and some fans - no environmental control in there.” Jason is talking about a new project that AutoPot is undertaking in Africa with an off-the-grid greenhouse. 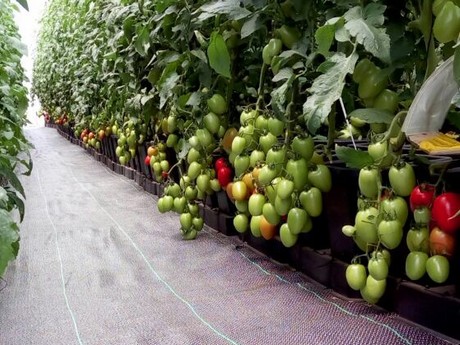 The greenhouse concept that Jason is talking about was constructed by Nam Oneko, project leader at AutoPot Africa. Nam and Jason have known each other for a long time so when Nam came to Jason with an idea for a greenhouse project in Africa, Jason helped with the financing. “I believed in the project,” Jason says. 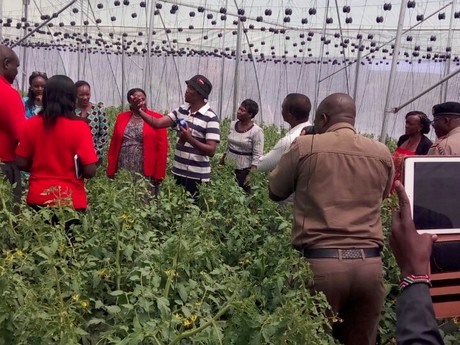 Financing help
With the help of Jason’s financing Nam was able to build a greenhouse that functioned off the grid. “We’ve now got a quarter of an acre of greenhouse which is, in essence, a showroom, to show people and governments,” says Jason. “We’ve had a lot of interest from governments and various other governing bodies from around the world visiting the site based on its credentials. The quality and yield we are producing is turning a lot of heads. We’ve never seen off-grid growing to the quality and yield that we have been showing.” 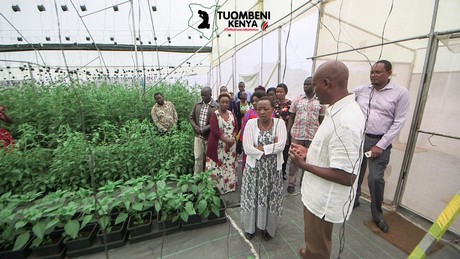 The greenhouse has already been used to grow various different types of crops, with good results. “So far we’ve grown most commercial vine crops,” says Jason. “We’ve grown tomatoes, cucumbers, and even yellow capsicum – capsicum obviously being the most difficult. With all of these, we’ve had fantastic results.” 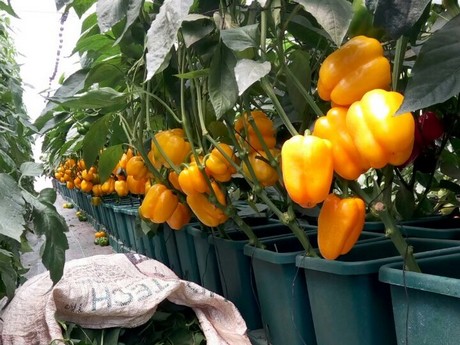 As simple as possible
Being able to grow off the grid is incredibly important in these areas, since not every village might have electricity easily available. “In essence, we had to try and keep it as simple as possible,” says Jason. “Also bearing in mind that the people we are going to hopefully be educating, aren’t people that are necessarily familiar with a lot of these more technological elements like computers, and electricity, and climate systems. Obviously, we could have better results if we made use of all sorts of technologies, but that is not the point of this project. It is much more important from our point of view that we focus on self-sustainability issues, water issues, and ease of use, to make it as simplistic as possible.” 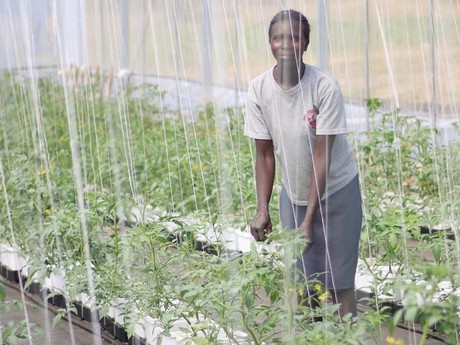 Without electricity
But what can you really do in a greenhouse when there is no electrical power available? “Of course we can roll the sides up, and roll the sides down, and insect netting and all that sort of stuff, but it’s as basic as it possibly can be,” Jason says. “We’re not trying to create the most efficient installation possible, what we’re trying to do is create a blueprint for a simple greenhouse for Africa so that villages or governments can buy into the concept and use it without much training. We’ll eventually have a team of people that will go around and educate people on how to get the most out of their greenhouse facility.” 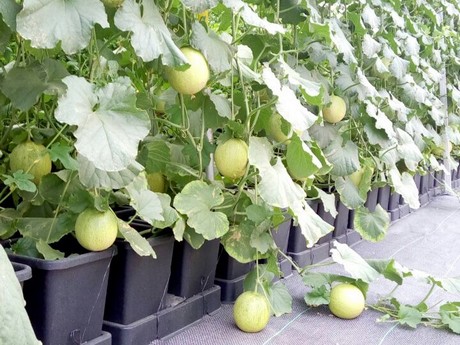 Borehole water
Access to water is the main issue that needed to be tackled, and according to Jason they have succeeded in doing so. “The only access we need to be able to run the greenhouse is borehole water,” says Jason. “For the greenhouses, we have currently set up as a sort of showroom we only use solar power to take the water from lake Victoria and the rest of it is free. Then the water just goes straight from the reservoir to the trays, where the plant is sitting in. There’s an AQUAvalve that sits in each tray that controls the water and it’s just fed via gravity from reservoirs, so we’ve got no salinity from the lands, we don’t lose any water, we don’t have any recirculation because the water only goes one direction, so we don’t waste any water.”