The tomatoes in Poland have faced a pretty rough season in terms of weather. Quality was affected, but the Polish tomatoes still find their way to large European markets, like Germany and even the Netherlands. The trend for the local market seems to be focused on pink tomatoes.

Green Best is a Polish vegetable exporter that’s currently dealing with the tomato season. According to Kornelia Lewikowska, who is the sales manager for Green Best, the season is facing recurring problems. “The tomato season is quite typical. The quality of Polish tomatoes is very good and we see that customers appreciate it more and more every year. The problems we face happen every year.” 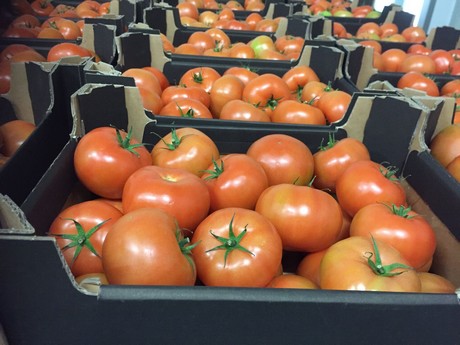 One of the problems has to do with the climate, as a big heatwave hit a large part of Europe. Poland also had to deal with this immense heat, says Lewikowska. “The recent hot weather has indeed affected the quality of Polish tomatoes, but as we are working with the best producers in Poland, we are confident about the quality of the produce we export. Unfortunately, prices change super fast, so sometimes it’s hard to keep up with them. As for the good news; even though it’s hard to predict what the volumes will be exactly, we do expect a larger amount compared to last year.”

An interesting development in Poland is the increasing number of pink tomato producers, which are the Polish’ favorite variety. “The amount of producers for this variety grows year after year, since more producers switch their production from red to pink tomatoes. Unfortunately, our foreign customers are mostly interested in red Admiro tomatoes and have no desire to import pink varieties,” Lewikowska explains. “Our foreign clients are mostly in Germany, France, Denmark and the Netherlands. We don’t feel we need to expand outside of the European market as the key to tomato transportation is to keep the distance as short as possible. Tomatoes are very fragile, after all.” 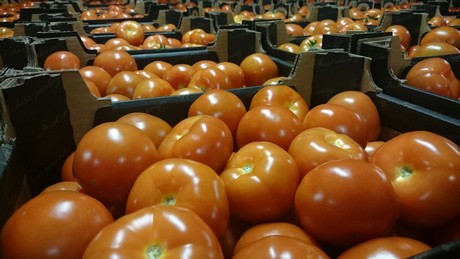 Green Best offers their tomatoes in 5kg carton boxes, which Lewikowska feels are the best option. “5kg carton boxes are the most reasonable and ecological way of packaging, because smaller packages use a fairly large amount of plastic and foil. We produce our tomatoes using the latest machines and production methods, resulting in high quality. I honestly believe our tomatoes can compete with those from Italy or the Netherlands.”