Jeroen Buyck (Calsa) on five years of the Russia ban:

“Although very dependent on Russia, we managed to keep turnover up”

Five years ago, Russia implemented a ban on all fruit and vegetables, among other things, from the EU, the US, Australia, Canada and Norway. The import ban came in effect on Thursday 7 August 2014 for the period of one year, but has now been extended four times. We’re asking Belgian and Dutch exporters about the consequences, this time featuring Jeroen Buyck of Calsa.

“The consequences of the ban were fairly considerable for Calsa. We had just built a new warehouse because we had grown a lot by selling on the Russian market. Just two months after that warehouse was completed, the embargo came into effect. Fortunately, we’ve always been frugal and we hadn’t done anything extravagant, so we could take a hit. However, it was still quite a shock, because a large part of our turnover was dependent on the Russian market,” Jeroen reminisces. 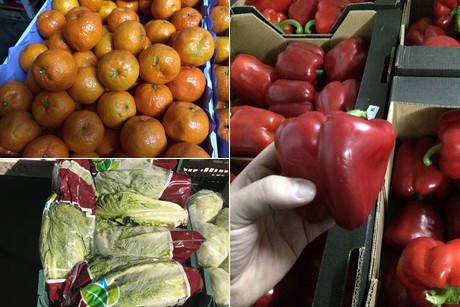 Photos of fruit and vegetables in Russia. Tangerines from China, romaine lettuce and bell peppers from Iran.

When asked if Calsa had to hastily look for new markets, the exporter answers: “We had to change course because of the ban, and we started looking for new markets to absorb the loss in turnover. Because no other country has 140 million inhabitants and a capital that’s very accessible by lorries and where import is a necessity, we’ve chosen to explore our other active markets in more depth. At the same time, we started exploring new markets for top fruit, such as export to far destinations like India, China and Japan. Our team active on the Russian market is much smaller now than before as well.”

“In the end, we managed to keep our turnover at the same level, which is something we’re very satisfied with. We still export a limited amount of product to Russia, but these are re-export goods, so everything that doesn’t come from Europe or the US. This is naturally just a fraction of what it was before. Every time we visit Russia, we see that other countries have taken over the role of Europe. Particularly Iran, China, Turkey, Azerbaijan and Serbia are very active on the Russian market, but the domestic production on the Russian market has also increased in volume and quality considerably.” 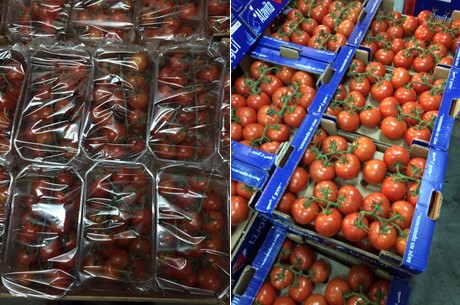 Does he still hold out hope the ban will be lifted? “If we’re being realistic, it’s obvious that those days are in the past. This is mostly very sad for the Dutch and Belgian pear growers, those people have nowhere else to turn. It seems as if politicians don’t understand their situation and how they ended up in that situation. Tomato and bell pepper growers were affected by the ban as well. In April/May, Russia used to be a good customer that paid decent prices early in the season. Besides, the Spanish growers lost a lot of trade to the Moroccan growers in winter, and the Spanish stone fruit sector had also grown a lot in recent years, and they’re having a lot of trouble regarding prices ever since the embargo,” Jeroen continues.

“When you properly analyse politics, it’s as if we’re nearly back in the 1970s or 1980s: it’s not a complete Cold War, but the NATO and Russia aren’t exactly friends either. Moreover, the power of Europe and the US is shifting towards Asia, and that reality means Russia wants to profile itself towards Asiatic (neighbouring) countries. There’s still hope for a better relationship between Europe and Russia, but it won’t actually happen soon. The top dog in Europe is Germany, and they’re not exactly lying awake at night because less fruit and vegetables are exported to Russia. On the contrary, their import has become cheaper, and thus better for their trade balance. Should the German lorries no longer be allowed into Russia, a solution would be more likely, of that I’m sure,” Jeroen concludes.