On Saturday, July 27 the 38th annual PMA Foodservice tradeshow was held in Monterey, CA and once again many people were attracted to the event and to California’s popular coastal town. The tradeshow was the final piece of a four-day event that included a golf tournament, educational sessions as well as a 5k run.

About 1,900 people attended the tradeshow this year and with 201 exhibitors, the show floor was sold out. The ratio of buyers to exhibitors was three to one and according to the Produce Marketing Association, attendance from foodservice distributors was among the highest in recent years. Companies like U.S. Foods, Sysco, Produce Alliance, Pro*Act, LLC. and Coastal Sunbelt Produce were well represented. 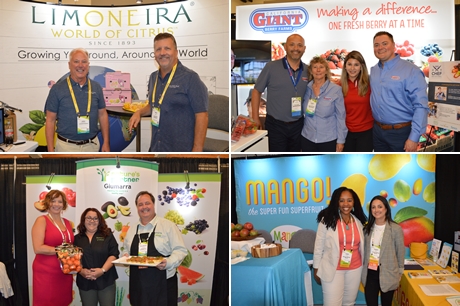 2nd floor opened earlier
All exhibitors were very positive about the turnout and the attention they received from buyers. “We’ve seen all buyers we needed to see,” is what many exhibitors shared. The majority of booth spaces were on the first floor of the Monterey Conference Center and the Portola Hotel. However, about 50 exhibitors had a booth on the second floor. Last year, the 2nd floor exhibitors didn’t get as much traffic and as a result, the organization decided to open this part of the show floor 30 minutes earlier than the downstairs section. This resulted in a very packed 2nd floor and happy exhibitors.

Exhibitors were eager to show their foodservice offerings. Most companies focus on retail as well as foodservice, but brought their larger pack sizes for this event. Some examples of new foodservice items on display were Arctic apples, mango cheeks, mango salsa, avocados in a box, kohlrabi knoodles, diced Tasti-Lee tomatoes and sliced fresh grapes. 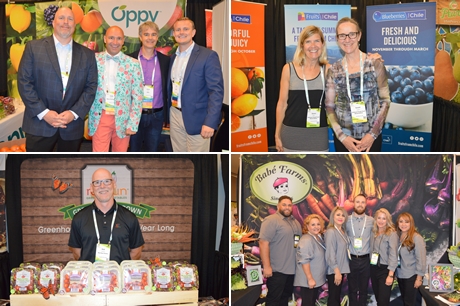 Next year, the event will be held July 24 and 25 at the same location, the Monterey Conference Center and Portola Hotel & Spa in Monterey, California.