"After two years of testing without problems, this year for the first time the entire greenhouse is full with it" 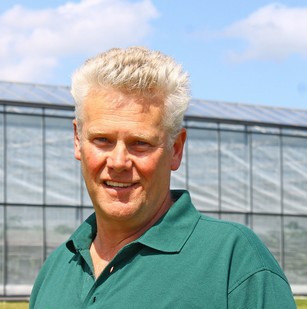 When Dirk Houweling set up a greenhouse horticulture company in 1988 on an unused airfield in Tangmere, Southern England, Gerard Vonk was already present. Tangmere Nurseries started with three hectares, but now, more than thirty years later, it has become thirty. As a manager, Gerard is busy with it daily. Thirty hectares of bell pepper in all colors, hanging on fully biodegradable rope. That is new this growing season. "We are not going to sell more peppers, but it is a conscious choice that we fully support."

Before Tangmere Nurseries dared to fill the full thirty hectares with Elite Bio Twine, first a period of extensive testing was done. That happened in a test greenhouse on their own site of some 6,000 square meters. "There we do all kinds of (variety) tests and tests with cultivation methods and so it was also easy to test with this biodegradable horticultural twine," says Gerard. “About five years ago we also tried a biodegradable rope from another producer, but then the rope started to break in mid-July and the plants fell down. You will understand that we stopped using it at that time." Turning in
Two years ago another test was started. The use of biodegradable horticultural twine remains a great possibility to limit the use of plastic in cultivation. “During the test in our test greenhouse, I paid extra attention to turning in the plant whereby the twine, as the crop gets heavier, starts to rub against the trunk. The previous rope that we tested broke right there, I suspect because the trunk was more damp there. With Elite Bio Twine we have had no problems in two years in the climate in which we grow. In December last year we started to hang the twine.”

The pepper plants in Tangmere are hanging on one of the thinnest ropes from the Lankhorst assortment. "Tangmere Nurseries uses rope of 800 meters per kilo," says Joris van Calcar from Lankhorst Yarns. “A pepper plant is considerably lighter compared to, for example, a cherry tomato crop, so less thick rope is needed. Incidentally, rope of 1000 meters per kilo is also available for light cucumbers." Nevertheless, the rope is still slightly thicker than conventional rope. "This makes the rope a little harder to hang on the crop hooks, but that very small disadvantage does not outweigh the benefits," according to Gerard. 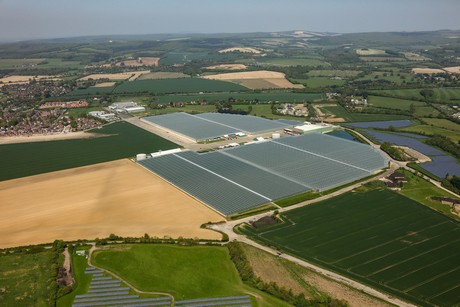 Grower happy, farmer happy
The biggest advantage is, of course, environmental gain. The rope is made from PLA, a plant sugar made from corn plant starch, and as a result, after 6-8 weeks, the rope is for 99% percent degenerated into microfibers. "Microfibers, as turns out from other research, are not harmful to the soil and soil organisms," says Joris van Calcar van Lankhorst Yarns.

As soon as the cultivation is finished, the crop waste leaves the greenhouse to a farmer around the corner. “They put the crop waste, which also includes biodegradable clips in addition to Elite Bio Twine, in ridges, it is turned around a number of times and then everything is composted and ready to enrich his land. So a win-win situation that undoubtedly fits nicely in the circular agriculture plans of Dutch minister of agriculture Carola Schouten”, whereby Gerard demonstrates that he follows the situation in the Netherlands well. “I understand that waste processors in the Netherlands sometimes act difficult and charge high rates for green waste. Maybe some extra pressure from supermarkets in the Netherlands can help growers also to use crop waste on the farmer's land.” 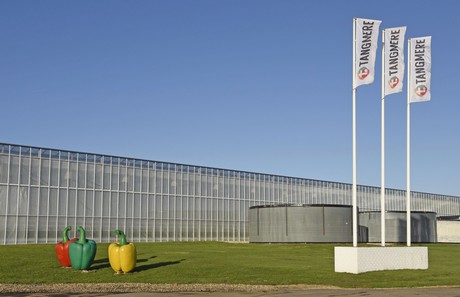 Create goodwill
The choice for Elite Bio Twine was not made by Tangmere Nurseries at the request of a retailer, Gerard emphasizes. “No, it is really a decision that we take on our own initiative. We, therefore, do not get an additional price for the use of this somewhat more expensive horticultural yarn and we will not sell more bell peppers. You mainly take a bit of responsibility in the area of sustainability, whereby you hope, and I expect that as well, to get a piece of goodwill in return.”

If in the English winter the peppers do not come from Tangmere, they come from Spain. On 12 hectares the company grows peppers there in winter to be able to supply year-round. Elite Bio Twine is not there yet, but it is already being tested. “With the extreme climate in Extremadura (cold winters, very hot summers), we first also want to test extensively over there. On the one hand, you talk about a piece of string, but in fact, you’re hanging your entire assets on it. The first trial year ends at the end of July / beginning of August and the next growing season we scale up to a girder. If that also goes without problems, then the goal is to use twine for those 12 hectares for the growing season thereafter, 2020/2021."