"We have had greenhouses since 1973 and we were one of the first horticultural companies in Bavaria that switched to growing in substrate gutters," says Christian Drechsler of Gemüsebau Bernd & Christian Drechsler. Since then, there have been many extensions and the Drechsler family now grows produce on 8.5 hectares: tomatoes, cucumbers, eggplant and occasionally peppers.

Currently, the third cucumber crop of this year is being planted. "So, depending on the weather and the competition from Spain, we can offer cucumbers from Knoblauchsland until the middle or end of October." Cucumbers with a weight of 400g are in high demand in the trade. 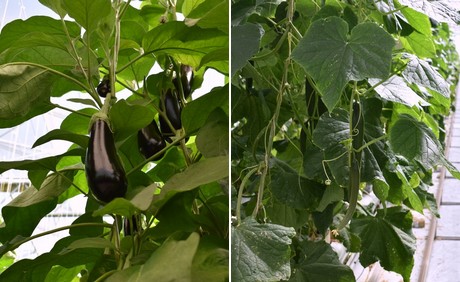 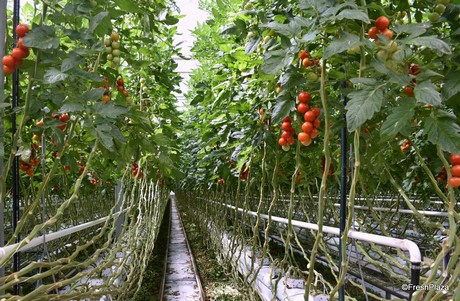 Graffiti eggplants
Eggplants have been available at Franken since 2007, says Florian Wolz, Managing Director of Franken-Gemüse Knoblauchsland "The acreage in our region is a bit small at just over 3 hectares, but we are also seeing some growth. The graffiti eggplant in particular is slowly gaining ground, These vegetables sometimes are even more popular in southern Europe than tomatoes. Many people in Germany only know the dark varieties; the lighter ones are much more solid and versatile." 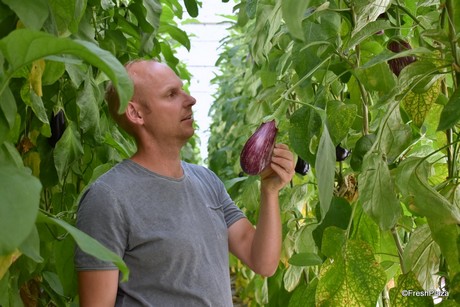 Beneficials
The use of beneficial organisms is very important to Drechsler: "We only use biological plant protection with beneficial insects, which we sometimes transport between crops, so that the insects are already used to the climatic conditions in the greenhouse and we can selectively combat pests." For this we also work with intermediate crops, which offer the beneficial insects the opportunity to move from the old to the new plants, especially since the old plants are good for the climate in the greenhouse and protect the young plants. "At the same time, this ensures that we keep the gap in the market between the cultures as small as possible and can supply our customers fully." 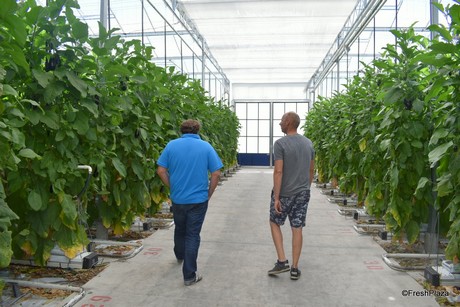 Packing
The vegetables, which are harvested and packaged in the morning during harvesting, are already in the Franken-Gemüse warehouse by the afternoon, where they are picked for the customers. Drechsler explains: "We pack different types of different sizes and types of packaging here for many different customers - it would be too much effort to change the machines every time makes." 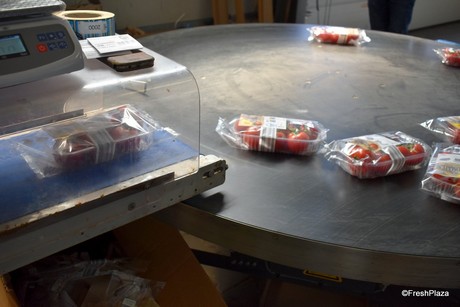 In order to keep up with the growth in the company, a greenhouse built in 1994 will be demolished in the fall and replaced by a packing and order picking hall. For the future, the producer, like so many, would like to see more reasonable prices for his produce: "The cost of cultivation and labor will increase, so adjusted prices for our vegetables would be very important." 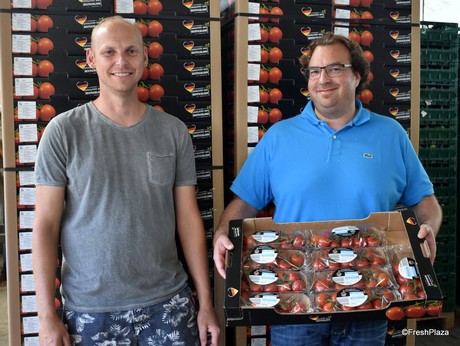