Olsthoorn Greenhouse Projects demolishes greenhouse that can be largely reused

His greenhouse was still perfectly usable and could have supported cultivation for years to come, but due to the expansion of the Dutch town of Oirschot and the need for housing, Frans van den Heuvel has stopped being a grower since the start of this year. It pains him to say goodbye to the company his father started fifty years ago. “I knew the end was coming near, but last year everything went by a lot faster leading to me not growing tomatoes anymore from this year on.”

The greenhouse was located near the center of the town, leaving Frans with no room for any possible future expansions. “With only 1.6 hectares of tomatoes, we were considered a small company by tomato cultivating standards in recent years. Due to our location, we were also not able to join in on the recent expansions that the industry was going through.” On the site, where Frans himself will remain to live in the company home, six new building site for future homes have been placed.

The greenhouse construction is very reusable 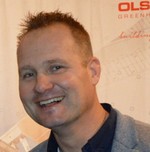 After he demolished the interior of the greenhouse by himself and sold what was left, he contacted Olsthoorn Greenhouse Projects which he found on HortiContact. Marco de Zeeuw, co-owner of Olsthoorn: “In April we were able to start the demolition, but not before first checking and selecting all of the materials that could possibly be reused.”

When talking about horticultural related innovation, Olsthoorn is, in their own words, not an industry leader. “But when talking about sustainability, circular economy and recycling, we do regard ourselves as one of the best in the business. We don’t need to reinvent the wheel all of the time, but simply place the wheels somewhere else along the way.” 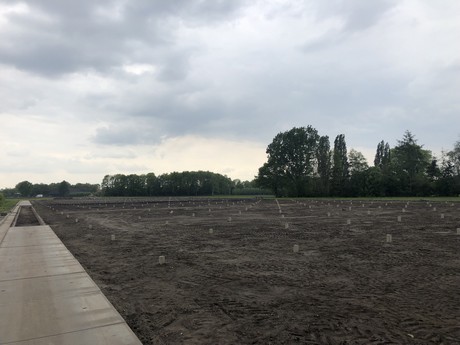 A beautiful location
For the time being, Frans will be taking his distance from greenhouse horticulture and will try and find new work elsewhere. “For the time being, I will not be growing any tomatoes.” From the company housing, he will be able to follow construction in the coming months. “By October the infrastructure will be placed and after that, they will start construction. After all, it remains to be a beautiful location, even without a greenhouse on it.”