The balance of the southern Germany strawberry season

Tunnels keeps strawberries out of the rain

Storms and cold spells meant that the 2019 tunnel strawberry harvest started later last year, so there were only a few first domestic strawberries available around Easter. Also, the strawberry harvest was slowed down in May because of the cool temperatures both in the tunnels and over the fields, which meant that sometimes not enough strawberries were on the market. Late frosts in May also caused damage, despite the use of fleece in some premature outdoor strawberry plants. 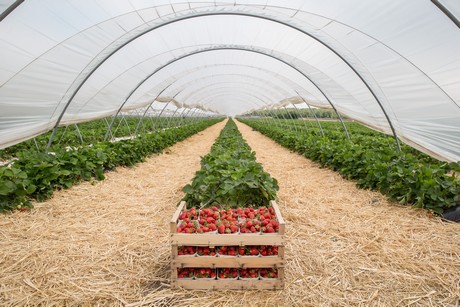 "Thanks to the tunnels, from the end of April onward we had great, tasty strawberries this year. In Germany, due to the cool weather, there would have been no domestic strawberries until the middle or end of May without protected cultivation. Unfortunately, heavy rain and hail have reduced the amount of crops in the field, especially at some farms in the south," explains Simon Schumacher, CEO of the Association of Southern German asparagus and strawberry growers.

Katrin Hetebrügge, a strawberry cultivation consultant in Hesse, also draws a largely positive conclusion: "Although the planting year 2018 was difficult due to the drought, the growers in Hesse, contrary to expectations, are seeing quite good strawberry yields. The quality of the strawberries was mostly good until the heat started." 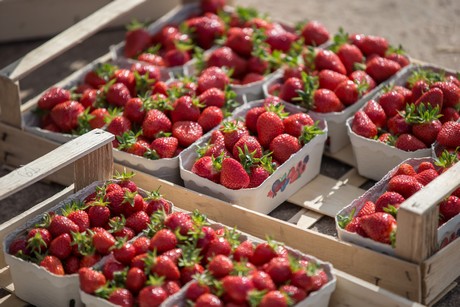 Tunnel cultivation makes strawberry harvest excellent
The late harvest start due to the cool could be compensated somewhat thanks to the foil tunnels. "This season was a pretty normal year. For tunnel and under fleece strawberries it went well. Then there was a drop in prices that last two weeks. There was not always enough produce, yet the prices were too low. Also, some areas could not be harvested due to shortage of harvest workers," explains Ludger Linnemantöns, strawberry cultivation consultant from North Rhine-Westphalia.

Harvest laborer shortage still exists
The difficulties in getting enough harvest workers on site for the season also kept strawberry growers busy in 2019. Many plant managers were forced to provide personnel replacement during the current harvest. "The mood among strawberry growers is that of careful positivity. The problem of getting enough seasonal workers is very pressing," explains Christof Steegmüller, strawberry cultivation consultant in Baden-Württemberg and the Palatinate.