CPMA has announced a new partnership with Olympic hockey gold medallists Rebecca Johnston and Mélodie Daoust. Johnston and Daoust will be promoting the Half Your Plate initiative in their daily lives through their personal social media accounts. CPMA will also be posting content featuring the women’s hockey stars to the Half Your Plate social media platforms and on HalfYourPlate.ca.

“Ever since I can remember, growing up in Sudbury, my parents filled half my plate with fruits and vegetables – something I continue to do to this day,” said Johnston. “Fruits and vegetables are essential to my physical and mental strength and I hope to inspire others through the Half Your Plate message.” 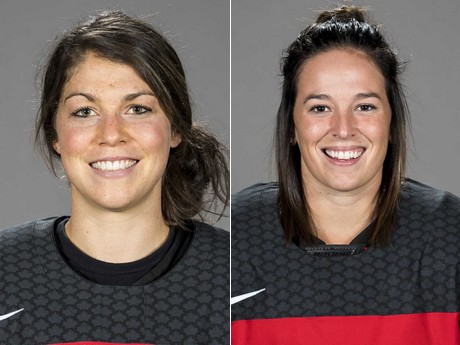 Mélodie Daoust of Valleyfield, Que., is an Olympic champion (two-time Olympic medalist), 2018 Olympics Most Valuable Player, and world medalist. Daoust has also played professionally in the CWHL with Les Canadiennes de Montréal. Among all her accomplishments, Mélodie is proudest to be a mother.

“Filling Half Your Plate with fruits and vegetables at every meal is tremendously important to me,” said Daoust. “It’s such an easy thing to do to help you live a healthier life and I couldn’t be happier to partner with Half Your Plate to share this positive message.”

Over the next year, Johnston and Daoust will be activating on their social media channels to promote the Half Your Plate message and share their personal advice including easy recipes, tips on filling Half Your Plate and other fresh ideas.

“Rebecca and Mélodie are wonderful role models, on and off the ice, and their commitment to filling half their plate with fruits and vegetables has led them to incredible success in their careers,” said Ron Lemaire, CPMA President. “We look forward to having these great ambassadors spreading the Half Your Plate message.”