Visser Horti Systems and Selecta One introduced the Multi Media strip for AutoStix® at IPM 2019 in Essen for the European market. The plugs of this strip can be filled with any type of media, which means the rooting process can take place inside the plug. The developments of AutoStix with the new Multi Media strip are open source, which means the strip is available to all AutoStix users. 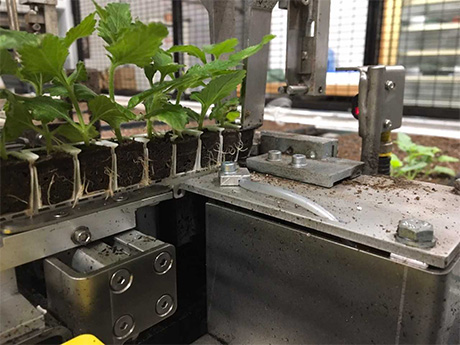 Visser is proud to announce that the value of the concept has increased even more: automation with pot fillers! Automation with AutoStix Multi Media strip. After GreenTech the Multi Media strip is ready for market launch for all existing AutoStix machines. The strip contains 34 modules and like any other AutoStix strip it is made of fully biodegradable material.

Visser developed a new 6-gripper machine for AutoStix which can reach a capacity of up to 13.500 cuttings per hour. This machine can be connected to a pot filler directly, which makes the process of automatic cutting transplanting in pots even more efficient. 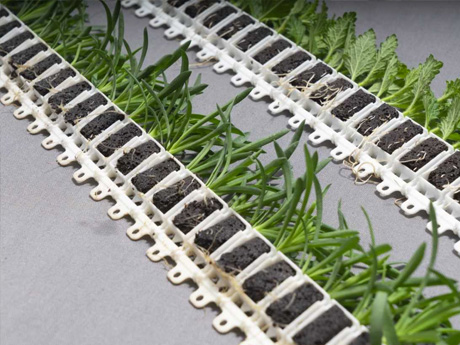 Together with Ball Horticultural Company Visser developed the Multi Media strip for AutoStix. The strips are filled with media, which is followed by the insertion of small holes and shipment to off-shore production locations such as Africa or Central America.

The strips are wettened and cuttings can be transplanted into the new strip. Visser and Selecta One have worked together to launch the new strip on the European market. 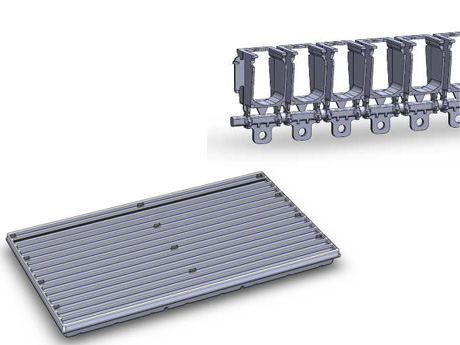 In addition to the Multi Media strip, a growing tray can be provided to store 15 Multi Media strips. The tray is designed so that Multi Media strips fit in perfectly and can be transported in a convenient way. The strips are filled with media inside the trays. The new tray is made of polystyrene and is UV resistant.

Live demonstrations at GreenTech!
During GreenTech Visser will present the new solution twice per day: live demonstrations with the Multi Media strips will be performed at 11:30h and 14:30h to show Visser’s turn-key solutions in horticulture.