NZ: Growing peppers with natural gas instead of coal boiler

New Zealand pepper growing company Gourmet Waiuku are exchanging their old coal boiler for natural gas, to heat their 4.7-hectare glasshouse. This means their operation will not only reduce its carbon footprint, but the glasshouse growing environment will be enriched with carbon dioxide (CO2), increasing production. 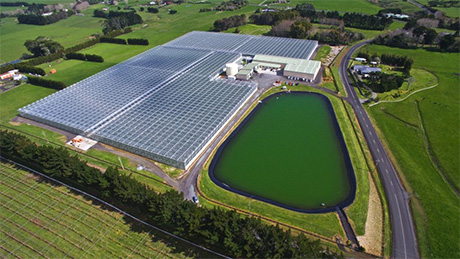 "It's a beautiful win-win scenario", the team with First Gas says. They are New Zealand’s largest owner and operator of gas networks and are expanding its gas pipelines into Waiuku, south-west of Auckland, making this development possible.

“Natural gas will allow the company to heat their 4.7 hectare glasshouse more cleanly and efficiently,” said Mr Paul Goodeve, First Gas chief executive. "Coal will no longer be needed thanks to the natural gas connection."

“Waiuku is a growing area. We recognise this, and the new gas pipeline network will mean the infrastructure will now be in place for any current or future development in and around Waiuku to tap into.”

Annual fees
The new Waiuku gas network is financially underpinned by Gourmet Waiuku through annual fees for its gas use.

He said that not only would natural gas allow the company to do away with its old coal boiler, it would enable the glasshouse growing environment to be enriched with carbon dioxide (CO2), increasing production. 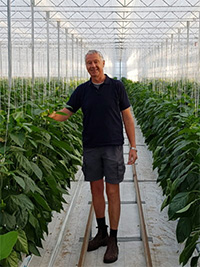 “By using natural gas for heating, we can put the CO2 back into the glasshouse and keep the vents closed, saving energy and enriching the plants,” Mr Schreuder said.

6 kg per hour
“Capsicums use about 6kg per hour, per hectare of CO2. Especially in the winter, when the vents are closed to keep the warmth in, they will consume all the ambient CO2 within half an hour if it’s not replenished.”

The work on the Waiuku pipeline began in early April, north of Waiuku on Glenbrook-Waiuku Rd. It is expected to be completed by the end of July, with the route going through Waiuku to Gourmet Waiuku.

First Gas would be informing people along the route, either by letter drop or visit, prior to work beginning in their area, Mr Goodeve said.

The trenchless method of horizontal directional drilling is being used to install the underground pipe in public road reserve.

“We are endeavouring to carry out this work with as little disruption as possible. I’d like to thank the people of Waiuku and surrounding areas for their patience while this work is carried out,” Mr Goodeve said.