It is a common problem: The temperature differences in refrigerated containers during transport. The temperature, which mainly around the equator causes large differences in this container, causes financial damage to cooling products such as fresh fruit. For a long time a solution to this problem could not be found. One of the solutions is provided by OTFLOW from Rotterdam, founded by Otto de Groot and Ronald Hagenstein. They continue to build on scientific research from Dr. Ir. Leo Lukasse from the Wageningen University. 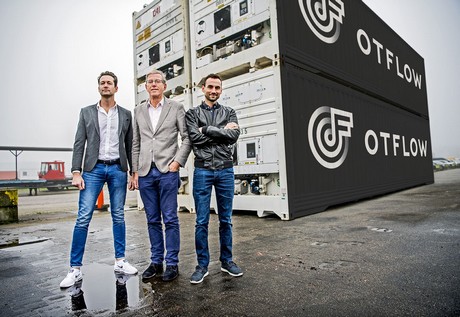 Otflow introduced a mat specially developed to ensure optimum air flow in cooling containers. The result of the good air flow is that the temperature throughout the container is more balanced. This reduces the damage to fresh fruit in the container and ensures that the product arrives fresher at its destination.

The solution of Otflow was the result of extensive testing together with Wageningen Food & Biobased Research. This testing consisted of transporting a load of grapes from South Africa to the Netherlands with a number of test units. The temperature inside the cooling containers was carefully monitored. The positive result of these tests has given Otflow a strong start with the introduction of the product to the market at the end of 2017.

Continued development of product with customer data
Ronald mentioned that in the meantime they did not slow down. They focus on a further development of the product that Otflow supplies. For example, they are constantly optimizing their product. We are currently waiting for the results from customers which are testing the product. With the new information from the temperature data from the transport, it is possible for Otflow to further optimize its products for the customer.

Otflow is also committed to further improve its customer service and communication. From the very beginning, Ronald has put a lot of effort into this: explanation of the product is given, for example, with the help of professional 3D animations and on a daily basis people are working to increase brand awareness online as well as offline. 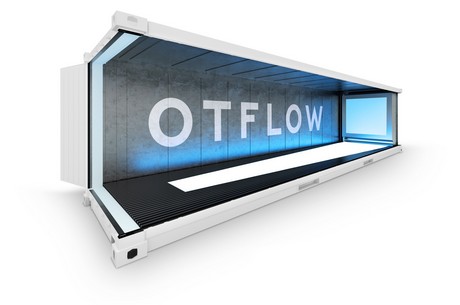 "With its unique shape, the eleven-meter long OTFLOW mat ensures optimum air flow in the cooling container," according to the developers.

Exploring new markets
Otflow is an international player. It has also managed to attract customers outside the Netherlands in South Africa, New Zealand, India, Chile and Spain. In a new collaboration with Agunsa in Peru, it now also wants to further strengthen its position in South America. For the month of April a sales round from Otflow in Peru has been planned. Hereby they want to introduce their solution for the control of the temperature in containers.

Originally the solution from Otflow was primarily focused on the transport of fresh fruit between the continents, but it has also discovered a new market. For example, it also has potential in the transport of flowers and flower bulbs and is now also continuing to explore possible new markets for its products.