Field bell pepper supplies are transitioning out of Mexico and into California.

“We are winding down our production in Mexico and transitioning to the early California harvest in the Coachella Valley,” says Katy Johnson of Prime Time International in Coachella, Ca. “Supply is good on green bells out of the desert, and we still have decent volume on red and yellow peppers out of Mexico.”

That said, production is starting late out of Coachella due to the region’s cooler weather. “Therefore, the supply is down a bit from this time last year. But we fully expect the final numbers to be fairly consistent across the board,” says Johnson. 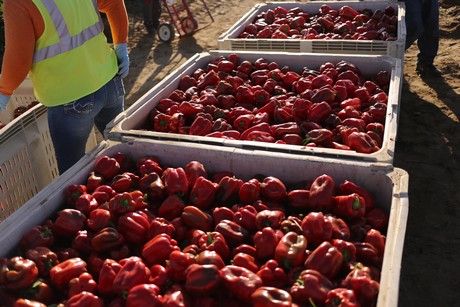 Coachella volume to build
Johnson says that volume out of Coachella will continue to increase over the next few weeks, first with the yellow and then red peppers. “By the end of May, production will be in full swing. The transition from the desert to Bakersfield, and ultimately Oxnard, will be fairly seamless,” she adds. “Likewise, mini peppers will finish in Mexico just as we begin harvesting in Bakersfield, and will continue in Ventura County for the remainder of the season.”

To date though, one of the biggest challenges to production in 2019 is the weather. “The staggered plantings are not as staggered as they should be: the early plants were slow to take off due to cool weather and the later plants caught up quickly due to warmer weather,” she says. “We’re finding the harvest peaks are larger than normal and the production on the front and back ends are lower. We can’t base estimates on years’ past since it is a completely different ball game this year.” 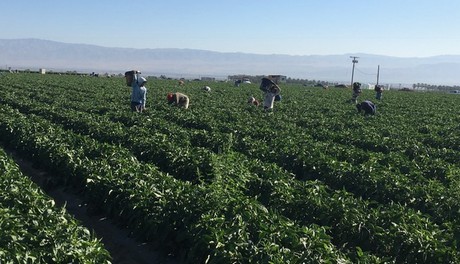 Meanwhile competition generally comes from states such as Florida and Georgia at this time of year, as well as locally grown product.

Consumers consumption grows
That steady supply of peppers is meeting what Johnson notes is an increasing consumption of bell and sweet mini peppers. “Peppers are vibrant in color and have a multitude of culinary uses which has helped them become a staple produce item,” says Johnson.

As for pricing, Johnson notes that it has been holding steady. “We have seen minor ups and downs, but no major drops or spikes in the market,” she says. 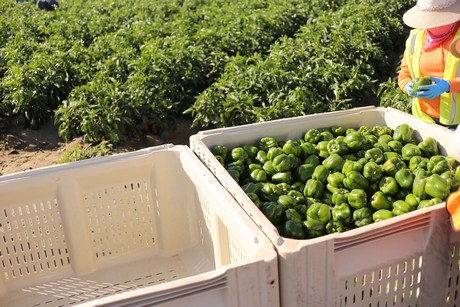 And looking ahead, Johnson notes that throughout the summer, peppers will continue to be harvested in the Coachella Valley, Southern San Joaquin Valley and the Central Coast of California.