Radish supplies to tighten ahead of Michigan season

Radish growers are about to transition to the Michigan season, but progress has been slow going in Michigan. Cool and wet conditions have persisted all spring, with even snow falling just a couple of weeks ago. This has resulted in the season falling behind schedule. However, it is only a delay in harvest that has affected growers, as otherwise the crop is looking good.

"The radish harvest in Michigan is due to start in about two weeks on June 2," shared Todd Miedema of Miedema Produce. "We are behind schedule because it's been very cold and wet. The crop is looking good so far and the forecast is indicating improving conditions so we should be in good shape come harvest time."

He added that Miedema Produce is still sourcing radishes from Arizona, but that season is approaching the end now. "We are a year-round operator and currently our crop in Arizona is coming to an end. We've had no complaints from there and it's been a great season." 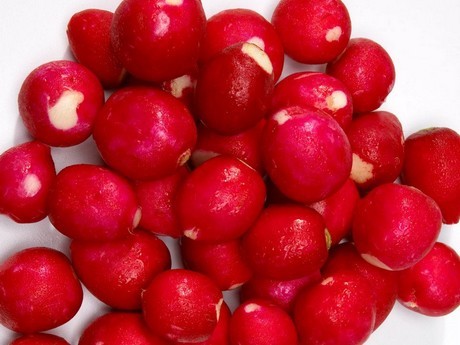 Supplies to tighten up
With the delay in the Michigan season and other regions finishing up, radish supplies are expected to tighten up over the coming weeks. Florida's crop has been hampered by rain, so the next crop with more significant volumes will be Michigan. As expected, the market has risen as supplies become more difficult to come by.

"The market is very high right now as we face short supplies," Miedema observed. "Florida is also short due to rain and their season is also winding down. Supplies are expected to remain tight while we transition to the northern crops. Once the Michigan season starts, volumes will improve." 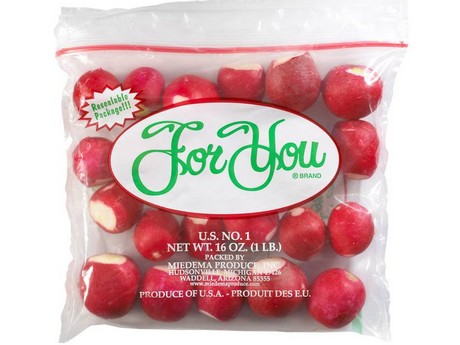 Red most popular
Miedema Produce concentrates on supplying the red radish variety. This is the most popular variety in the United States, with other varieties concentrated on more niche markets. The company has a number of different packaging options depending on where the radishes are destined.

"We offer a 6oz bag as well as a 1lb bag," Miedema said. "For processing, we also have 25lb and 40lb bags available. We concentrate on growing red radishes because we don't see a great demand for the other varieties."