Will US consumers soon be paying more for tomatoes?

There has been much discussion surrounding the withdrawal of the Tomato Suspension Agreement in recent months and today, 90 days after the initial termination announcement, Reuters reports the United States will impose a 17.5 percent tariff on Mexican tomato imports.

As the two countries were unable to renew a 2013 agreement that suspended a U.S. anti-dumping investigation, a Mexican official said on Monday that the new rules will be starting this Tuesday.

“As of tomorrow a tariff of 17.5 percent will be applied on the value of the product... Mexican exporters will be affected, it’s going to affect their financial flows but that is going to be directly transferred to U.S. consumers,” Reuters quoted Mexican Deputy Economy Minister Luz Maria de la Mora yesterday.

She added that the U.S. measures will remain in place until a new suspension agreement is reached.

“We’re very disappointed but the good news is that negotiations continue, looking for a solution. And we hope that in the coming weeks we can in fact reach an agreement,” said de la Mora.

The Tomato Suspension Agreement has been topic of discussion for the last couple of months.

Harming consumers?
Earlier, the president of the pressure group Border Trade Alliance says the move by a small group of Florida tomato growers to end a long-standing agreement governing the importation of Mexican tomatoes would harm consumers and threaten retaliation by Mexico that would damage U.S. agricultural exports.

“The increased protection Florida is pursuing would involve placing high duties on Mexican produce, leading to increased prices, less variety for U.S. consumers, and a distribution monopoly for a few Florida growers, who ironically buy and repack Mexican tomatoes themselves,” said BTA President Britton Clarke in an op-ed in the Rio Grande Guardian.

According to their opponents, the growers group Florida Tomato Exchange, support for the termination of the tomato suspension agreement is widespread among U.S. fresh-market tomato producers. "The Border Trade Alliance knows this but continues to spin a false narrative that this is a Florida vs. Mexico issue. It is not. The failure of the suspension agreement and the continued dumping of Mexican tomatoes has negatively impacted tomato growers around the country during all growing seasons", they say. "That’s why 48 Members of Congress from 11 different states sent a letter to Commerce Secretary Ross in February requesting the termination."

"Last week, at a hearing on this matter before the U.S. International Trade Commission, the domestic tomato industry was represented by six tomato growers with operations spanning California, Michigan, Tennessee, Georgia, Virginia, and Florida.  Only two of those six growers have production in Florida." 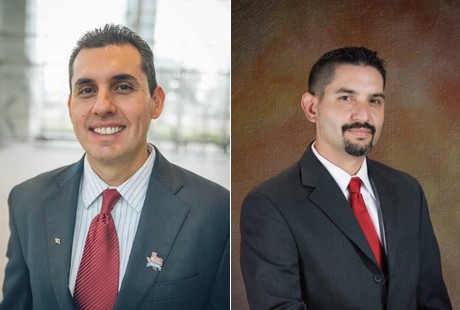 Higher prices
Earlier organisations such as the Fresh Produce Association of the Americas claimed that US consumers could expect to pay 40 to 85 percent more for vine-ripened tomatoes should the tariffs be applied.

To help answer some of the questions that this issue has brought up, a workshop was held at the recent Viva Fresh Produce Expo. Moderated by Dante Galeazzi, President & CEO of the Texas International Produce Association, the workshop drew industry experts to discuss the potential impacts of the withdrawal of the suspension agreement, including on tomato prices as well as the impact on Texas produce businesses, many of whom rely on cross-border trade.

"This withdrawal stands to create dramatic changes in how Mexican tomato imports are handled,” stated Galeazzi. “We felt it was important to include this workshop to help educate the industry on what to expect and from a business perspective, how supplies could look moving forward.”

Uncertainty likely to fuel price rises
Dr. Luis Ribera, an economist at Texas A&M University’s Center for North American Studies was a speaker at the workshop. He said it's almost a certainty that prices will rise, whether or not the tariffs are applied. Ribera explained that the attention and uncertainty surrounding the withdrawal of the suspension agreement will be enough to agitate the market.

"I do believe that prices will go up due to the tariffs that are expected to be placed on fresh tomatoes from Mexico, but also for the added uncertainty throughout the whole tomato supply chain that could also spill over to other products as well," he said, adding that it will also add to the cost of doing business in general due to the uncertainty.

Ribera provided a recent example of where such uncertainty artificially elevated a market - the avocado market. "Markets react to news, especially agricultural markets and within ag markets, the fresh produce markets due to the perishability of produce," he said. "So even if nothing actually happens, something is already happening as we saw how avocado prices went up just by the news of the possible closure of the US-Mexico border. That didn’t happen but the market reacted. This extra uncertainty makes doing business more costly. As an example, lenders will raise the cost of lending money to producers, cold storage developers, etc. because of the higher risk of getting their money back. It is a ripple effect that could also affect other produce supply chains."

Plenty at stake for Texas economy
What is certain is that the Texas economy will have to face some adjustments. Ribera referred to a 2018 report which found that half of all US imports of fruit and vegetables from Mexico - worth $6.3 billion - entered through Texas. The report projected that the percentage of imports entering through Texas will increase by 2025. Of course, tomatoes are not the only commodity crossing the border, but Ribera emphasized that any effect on the cross-border tomato trade will have consequences for the Texas economy and local jobs.

Also the Border Alliance Trade takes these numbes into account about this. “What’s worse, this move threatens the USMCA, the successor agreement to NAFTA, which is facing ratification problems in all three NAFTA countries. More ominously, it invites retaliation from Mexico against successful U.S. agricultural exports such as corn, wheat, soybeans, pears, apples and pork. In other words, a few companies in Florida will, if successful, turn a “win-win” in trilateral trade into a total loss", they wrote earlier.

Antidumping
The Florida Tomato Exchange doesn't agree and says the suspended antidumping case against Mexican tomatoes has nothing to do with NAFTA or the USMCA.  "Termination of the suspension agreement would not have any bearing on passage of the USMCA and would not be grounds for Mexican retaliation."

"The Border Trade Alliance recently stated that terminating the suspension agreement would invite retaliation against U.S. agricultural exports to Mexico", they continue. "This assertion completely ignores the fact that NAFTA and USMCA permit Mexican and American industries to use their national antidumping and countervailing duty laws to protect themselves from unfair trade practices."

According to the group, the antidumping case against Mexican tomatoes is a tomato-specific case that has no impact on any other commodities. "There are currently 22 antidumping and countervailing duty cases in place between the U.S. and Mexico (nine against U.S. products and 13 against Mexican products).  Neither the U.S. nor Mexico have retaliated against each other in any of these cases.  If Mexico were to retaliate over the U.S. enforcing its antidumping law against unfairly traded Mexican tomatoes, Mexico would be violating the rules established by NAFTA, USMCA, and international law.  It is indefensible for the Border Trade Alliance to scaremonger U.S. farmers by suggesting that the Government of Mexico would consider violating these rules of law."

"The Commerce Department – after more than a year of reviewing data and competing claims – has agreed with the domestic tomato industry that the suspension agreement isn’t working", they conclude. "For that reason, the Commerce Department decided to terminate the agreement, effective May 7, which will restart the antidumping investigation on Mexican tomatoes."

The group says that U.S. tomato producers remain open to further negotiations for a new suspension agreement. "But after the last six years of a failed agreement, the domestic industry can’t afford minor window dressing of the current deal."

The origins for the Tomato Suspension Agreement date back to 1996, when the department initiated an anti-dumping investigation to determine whether imports of fresh tomatoes were sold at less than their fair value in the US. After confirming this preliminarily, eventually a suspension agreement was made up, including a minimum price for Mexican imports. The reference price is to be renewed every five years. In the last chapter of this long case, back in 2013, the US and Mexico again reached an agreement on the trade. More than 600 Mexican growers and exporters signed the agreement, up from 450 growers/exporters who signed the previous 2008 agreement. All fresh or chilled tomatoes from Mexico are covered by price floors.