"Responding to feeling of guilt with fresh packs"

Dutch cooperative growers association, ZON, has been busy with a pilot project since mid-March. This test is being conducted in the German market. About 150 Edeka supermarkets in the Hannover-Minden region have been selling ZON fresh packs. The association's magazine spoke to Linda Naus, ZON's Marketing & Innovations Manager, and Key Account Manager, Jørgen Snoijink. 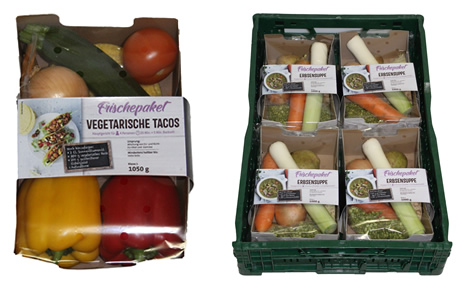 It all began in 2018. An Edeka employee saw the fresh packs at ZON's Fruit Logistica stand. ZON, together with Unilever, had recently introduced these packs to a Dutch retailer. "This initially led to an exploratory discussion. ZON's Director, Michiel F. van Ginkel, and I then drove to Edeka's regional office," says Jørgen Snoijink. "There, we explained the concept of the fresh packs to the relevant fruit and vegetable regional director."

Germans are known to be fairly conservative when it comes to cooking. Is the move to fresh packs then not a big step for German consumers? "In Germany, the sales of processed vegetables has been at five percent for years. This percentage is of the total fruit and vegetable market," Jørgen says.

"This, while, at the moment, in the Netherlands, it is 42%. Research shows that Germans quickly feel guilty when they do not cook with fresh products. We hope to be able to respond to this with our fresh packs." 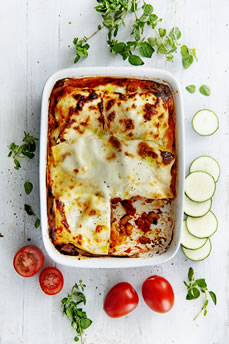 Which fresh packs will ZON start with, in the chosen region? Linda Naus: "Initially, there will be six varieties. Three of these will be for soup, and three will be meal packs. The soups are tomato-bell pepper, pea, and sweet potato soup. The meal packs have an exotic twist with tacos, wok teriyaki, and courgette lasagne."

"We did not just randomly come up with these recipes. They are based on a consumer survey. We knew, beforehand, which cuisines the Germans are more interested in. This survey highlighted Italian, South America, and Asian cuisines. Funnily enough, when it comes to soups, they are a little more traditional. We took that into account."

On the shelves
Since this is just a pilot project, Edeka will not immediately have a large-scale promotion of the fresh packs. Consumers will just come across them on the shelves. "There is a limited number of stores participating. It is therefore not feasible to, for example, make separate folders and such for these products. The packs will have to prove themselves on the shelves. Nice store displays have, however, been erected for the packs," explains Jørgen.

What if the packs become a huge success? Can ZON handle that, logistically? "It is important that this grows in a controlled manner. To that end, we got a good idea of our logistical capacity beforehand. We know, based on this, that we could supply roughly 2,000 stores,"  Jørgen goes on to say.

"It is important that our internal operations for putting the packs together run flawlessly. What we do, we must do well. In doing so, we have, of course, benefited from the experience we gained from our partnership with Unilever. We supply the Dutch market with them."

Jørgen recently visited a few of the supermarkets in the region in Germany. This includes stores in the city of Osnabrück. "There, the branch managers were very enthusiastic. They liked the packs. In some of the rural stores, the feeling was a bit more reserved. However, we realize that in the Netherlands. Albert Heijn also needed a few years before the breakthrough occurred. There was also that difference in 'reception' between the cities and the regional stores."

Coming back to the experience ZON gained with the internal production process for the Dutch fresh packs. Did the company benefit significantly from this? "For sure. If you look at how well the process of putting the packs together at the ZON Logistics Centre is now running. We have really gained the relevant experience. Make no mistake; the whole process is complicated. It involves more than you think," says Linda Naus.

"For example, when you make the recipes you have to keep the box's dimensions in mind. This is regardless of which pack it will contain. A leek, in its original length, will never fit. You have to take all these things into account."

There is also a lot of organization involved in purchasing the dry ingredients. Think of, for example, the stock cubes for the soups. This is also needed to streamline the production process. Jørgen Snoijink: "And what about developing labels? This is completely new to us. You can imagine that, with current legislation regarding, for example, reporting allergens, you have to proceed with extreme caution."

"This brings along a new working method for ZON. Each department is equally important to eventually having a successful product roll off the belt. I am very proud when I see how well we have since mastered that process."

The fresh pack pilot project runs until this summer. ZON will then evaluate it with Edeka.