It's not just greenhouse vegetable cultivation that's making serious headway in China, ornamental horticulture is also on the rise. The Chinese are getting more money in their pockets, which means consumers are increasingly willing to purchase a nice bunch of flowers or a pretty plant. In order to meet that growing demand, Shanghai Yuanyi Seedling is building a brand new propagation company, equipped with a full automation line from TTA and partners. Peter Rietveld, Sales Manager Asia with TTA: "Careful calculations show that annually, 800 million plants can be propagated." 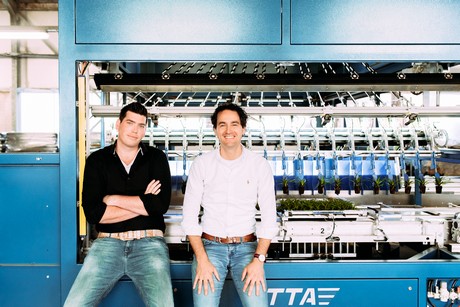 Peter Rietveld and Geert Maris will both be present at the Hortiflorexpo IPM Shanghai for TTA.

In order to facilitate all that, a lot of automation is needed before the plants can go into the greenhouse. It's no mean feat to fill up a 9-hectare greenhouse, after all. What's remarkable is that Yuanyi, which is among the top 5 propagators in China, is building such a project in one go. "You don't see that a lot on a global scale, but the market in China has matured, and it's ready for such a step."

3D model
During the Hortiflorexpo IPM Shanghai, held from Saturday the 20th until Monday the 22nd of April, TTA raises the curtain on this special project. The project, which has been worked on for about two years, with the efforts being focused particularly in the last 12 months, will be completed at the end of 2019. At the trade show, TTA, a Dutch family enterprise, will show a 3D model, supported with videos. 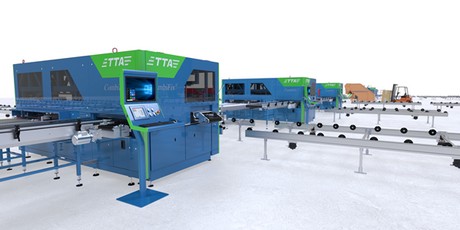 Impressive numbers
But what will it show? Peter explains: "It's about the complete automation of the process before the plants will enter the greenhouse. Think of a number of seeding lines with a capacity of 1200 trays per hour, gapping automation and automatic transplanting of begonias and cyclamen from small to big plugs. But there's more: a complete delivery system for rooted cuttings, an automated potting line, robots that enable handling 540,000 plants per hour, and robots for automatically moving and widening pots."

In collaboration with a few partners, TTA delivers the project with largely TTA machines, of course with the latest techniques. "Speed and accuracy are getting increasingly important in automation. But also quality-wise, higher demands are made. You can't get around vision technology anymore. For instance, selection machines are equipped with smart, self-learning vision software to process high-quality material very fast."

Optimizing machine performance
The flowers and plants need to be high quality, but the same goes for the machines, of course. They need to deliver maximum performance to make that possible. The 'Optimizer' software suite ensures that. "The software brings maximum machine performance and average machine performance closer together, as well as providing users with insight into machine performance, based on big data. And in the rare event that something doesn't go quite as planned, we'll be ready to offer the service that's needed. We can do that online, but also on site if the grower can't figure it out themselves."