and growers pay the price

How retailers quadruple the price of imperfect produce

In a recent Dutch tv-episode attention was paid to imperfect produce, the deformed vegetables and fruit that lie on the fresh produce shelves of retailer Albert Heijn. According to the show producers, the text on the packaging ‘throwing away is a pity’, which is put on 'ugly produce' suggests that the peppers on the shelf have been saved from the garbage, but is that really the case? And what about the prices?

Class 2 on the fresh produce shelf
A call to various vegetable growers shows that class 2 products - if they are not on the shelves as imperfect produce - are certainly not thrown away. "No, they go in cans and glass bottles and then go to pizzerias or restaurants," mentions a mushroom grower. An apple and pear grower: “Not much is thrown away in the fruit sector. Class 2 goes to Eastern Europe. ”And a pepper grower reports that there is a customer for every pepper.” 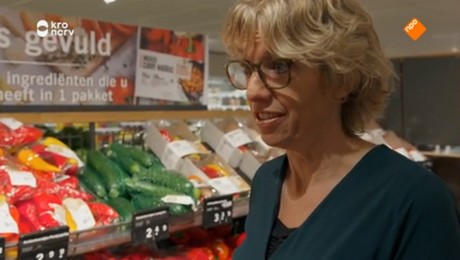 Not saving at all
And also Lilian van Heteren, Sustainability Manager at Albert Heijn, confirms that the products are not being saved from the waste bin. “These products are anyway not thrown away, but delivered by our regular growers to processing plants or as animal feed. We put them on the shelf because they can be eaten just fine by our customers, because taste is on the inside.” Lilian says that the ugly produce were introduced to sell as class 2 to their customers and to tell the story of food wastage. "Yes, else it will be cut up, but it is even better to offer the product on the shelf."

At the end of the broadcast, Albert Heijn promises to change the text ‘Throwing away is a pity’. 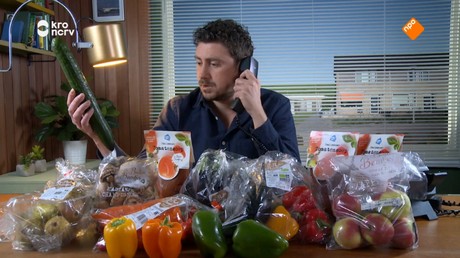 No profit for the grower
Pointed peppers with the misfit label are sold by AH for 6 euros per kilo. The consumer spends the same amount for 900 grams of the class 1 product. The difference in selling price is therefore very limited, while the difference for the producer is much larger. "Class 2 yields almost nothing, or it must be a very special year," says an apple and pear grower. A carrot grower says: "At the moment we get 26 cents for a kilo of class 1 and for class 2 you get – whatever a fool is willing to pay - if you are unlucky only 1 or 2 cents." For the producer there is no difference whether his product is on the shelf as a misfit or is being processed by a cutting company. 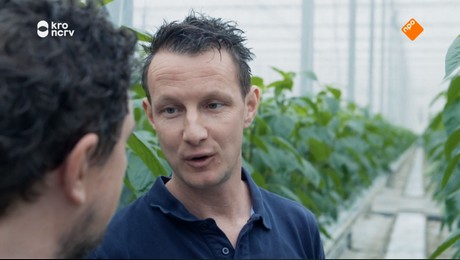 Profitable business
Looking at the prices, reporter Ersin Kiris concludes that the ugly produce are a lucrative business. Pepper grower Ron Jansen from Jansen Paprika B.V. located in Andijk confirms that. A kilo bag of peppers with the imperfect produce sticker is offered in stores for € 3.19. He says he is getting around € 0.70 for class 2 peppers. "They made a great concept out of it." The grower explains that AH creates market value through the packaging. And if they are not available in the Netherlands, the supermarket collects the ugly produce from Spain to fill the shelves.

"Nothing is thrown away here"
In Spain, the program visits the Ejidomar cooperative, where the proceeds from the plastic greenhouses of Almería are sorted and packaged. Here too no pepper is discarded, Rafael Roldán says, “If I do that, the grower will kill me. We have to make as much profit as possible for the grower.” He is not in favor of the ugly produce. Not only is placing class 2 products on the shelf not a measure against food wastage, it also does not help the grower. For the consumer it is slightly cheaper to buy second-class products, but it is not good for the grower if there is more class 2 on the shelf. “Growers produce first-class products and also want to be paid accordingly. This is purely up to the supermarket to offer the consumer something cheap. People who do not want to pay for class 1 now pay less for a product that tastes the same. Because, he emphasizes, there is nothing wrong with the quality." 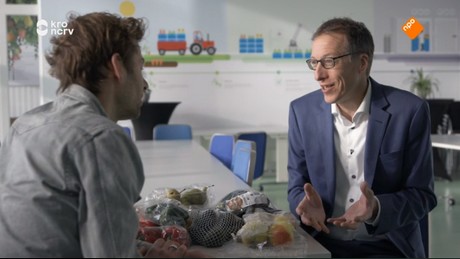 Marketable product
Toine Timmermans, as a food wastage expert from Wageningen University & Research, explains that class 2 products are almost never thrown away. “It is also just a tradable product. Once it is in the market system, it will be used. It ends up in the market, goes to processors or is exported to other countries. They usually find a destination simply because these are good products."

Toine says he is happy that the parties embrace their responsibility. "Because," he says, "doing nothing is not an option. Food has value and everything that is good to consume must be used."

Mountains of food wastage
And the mountains of discarded food that sometimes are addressed in the media? A pepper grower on the phone does not understand it: “who is going to throw commodities away? It is my income, I make sure that I throw away as little as possible.” Toine explains that it is about surpluses and that also concerns both class 1 and class 2. According to him, that wastage does not have to be necessary. “Supermarkets should buy all products from their traders in good and bad times. And in the case of overproduction, not only class 1 but also class 2 are thrown away. But then there is always a processing industry that is able to process everything in a short time so that it can be preserved for 2 or 3 years."

Watch the episode (In Dutch) here.