Testing as many light recipes as possible at the same time

Over sixty horticultural youth where taught about lighting in the World Horti Center in the Netherlands recently. Kurt Zwemstra of Hortilux and Wessel van Paassen of Green Simplicity dropped by to talk about some of the innovations in the field of lighting in greenhouse horticulture. Although it is a much-discussed topic, much appeared to be still unclear both in terms of the optimal light recipe and the costs connected to a variety of lighting options. 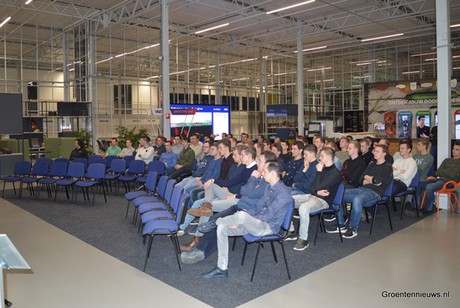 Over sixty horticultural youth came to the World Horti Center.

Kurt Zwemstra of Hortilux was the first speaker. He took the future horticultural generation on a short tour of the history of the company and talked about some of the basics of lighting. This was probably nothing new for the people attending, however now and then you would see a smartphone pop up to take a quick picture of the statistics shown. The micromoles passed by in rapid procession during the review, where Kurt remarked that the eventual 1% light always equals 1% growth for Hortilux. Because 1 μmol will always remain 1 μmol, whether it is lighted with HPS/SON-T or LED lighting. 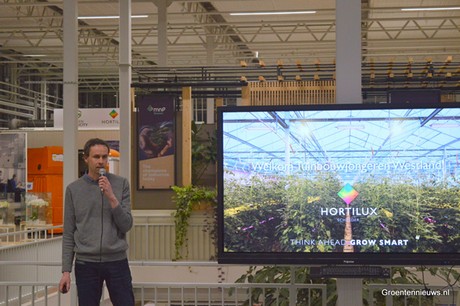 If the light is the crop's energy source (leaving control light out of the equation), then an important benefit of LED lighting is the lower energy use compared to HPS/SON-T. This has become a known fact by now, but the inevitable question remains: how much does it cost then? Is LED more expensive? “Yes”, Kurt responded when this question was asked. “And with that said the investment costs for LED are not twice, but three or even three and a half times as high now.”

What costs remain at the bottom line?
The figures and schematics with micromoles went on to be exchanged with economic figures because Kurt was presenting the TCO module, in which the total costs of ownership of a variety of lighting solutions can be calculated for the depreciation time of seven years. By filling in or adjusting for different variables it is possible to make a comparison between, for instance, 1 hectare LED and 1 hectare HPS/SON-T to see what cost difference remains at the bottom line. The difference in the example, though simplified, turned out very small. Per square meter, the costs of LED were only a few dozen euro cents more than that of HPS/SON-T. 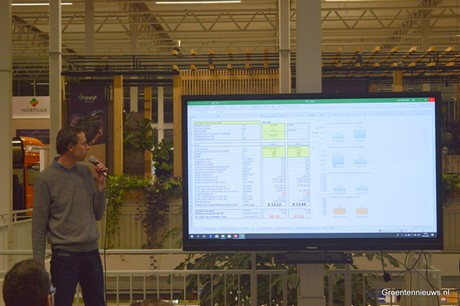 A look at a TCO-module

The example presented was appreciated, but also raised some questions. “As a grower using LED won’t you start lighting more, thus making your energy costs higher?”, was one of these questions. Kurt answered that this is definitely something to take into account and that is why growers always need to consider their own situation when calculating the costs and making a decision. “LED is not the best option in all of the cases. Some cultivations simply still benefit from the higher radiant heat of HPS/SON-T.”

And will LED become cheaper in the future? “Yes, I expect it will”, Kurt replied. “The costs per μmol have decreased in the past couple of years, but when talking about light efficiency these strides will become less and less. The greatest steps taken to making LED more financially advantageous will have to do with the investment costs.” 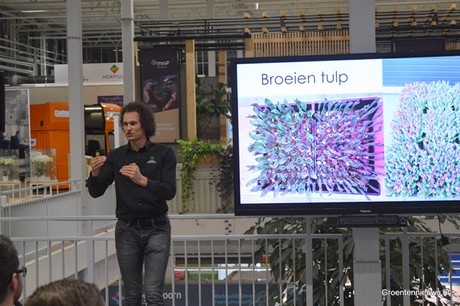 The more tests that are done at the same time, the quicker the right recipe can be found
After some calculations involving facts and figures, Wessel van Paassen pulled the audience’s attention towards the direction of the practical applications of LED lighting. For over four years now he's been working to get the best results out of lighting solutions with his startup company, Green Simplicity. The first step to achieve this is to check for the best possible results a crop can achieve in a fully controlled environment without minding the costs involved. The idea behind this is pretty simple according to Wessel: when you know the best possible results that can be achieved in an ideal controlled cultivation environment, then you know what you should strive for. The next step is to then find a way to achieve this ideal situation in the current situation.

By now LED is on the rise, but Wessel notes that the knowledge, oddly enough, is still lacking. “Growers choose a lighting solution without actually knowing what that lighting solution will do for their crops more often than not, which is incomprehensible if you ask me. Because of this, we are now making plant-based research available on a wide scale. The grower needs to easily be able to know what works best in their situation." 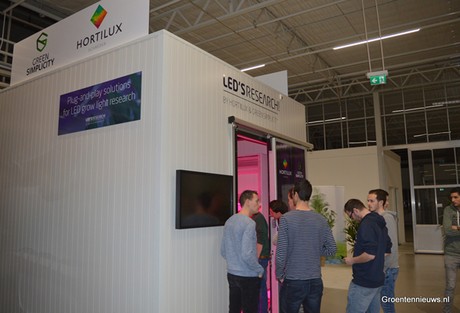 Green Simplicity makes this possible with diverse research facilities, ranging from the big to the small. “It is possible by using a rack of dimmable lights in the greenhouse, on a trolley or in a fully controlled environment.” The point is having as many cubicles as possible to test out as many different recipes as possible. "The more cubicles, the quicker the grower can see just what their plant is capable of.” 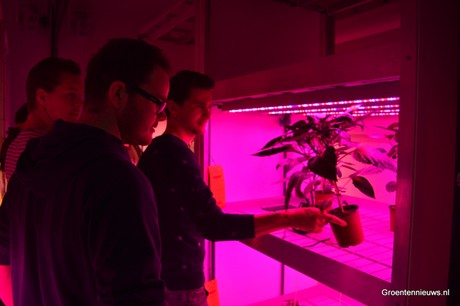 In the cubicle with the famous purple light

Blue light
Wessel proceeded by showing a variety of examples in which the term ‘blue light’ was mentioned a lot. “Most people active in the industry seem to go ‘wild’ over red and reddened light for the scope and growth of their crops. But the other colors in the light spectrum also have important functions. Blue light for instance, which causes a more compact growth and ensures better rooting for chrysanthemums. When it becomes apparent that this plant performs better in a cubicle lighted with LED lighting then this, of course, equals more profits. The higher costs involved in the cultivation in a cubicle with LED lighting then pays for itself in the greenhouse.”

The same blue light gets ‘turned off’ a lot by growers without them even being aware of it. For example, by putting up screens or applying chalk or coatings. Wessel: “The sunlight during summer contains an average of 26% blue light, which is important for a more compact growth. As soon as the screens close in the greenhouse, around 5% of that blue light disappears. Weirdly enough, many screen suppliers and growers using the screens did not know this. The same can be said for the application of chalk. When we know more about the effects different colors of light have on a crop, we can adjust the screen installation and chalk choice accordingly.”

Wessel will continue making research systems and testing together with growers in the future. He does this together with Hortilux, who also want to work on increasing the knowledge of lighting in greenhouse horticulture. The most profitable opportunities, according to Wessel, can be found in cultivation, propagation, and breeding at this time. “A sizeable profit can be made there. The entire industry can profit from better base materials.” The message truly spoke to the future generation of growers and greenhouse horticulture specialists. When the time comes they will be faced with a lighting choice, they now know what to look for and which (financial) considerations they need to keep in mind. 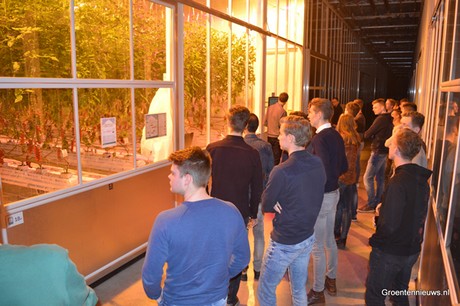 After both presentations ended, the young attendants were able to talk with and ask questions to both speakers in the research cubicles and demo greenhouses in the World Horti Center.