Southern Exposure pulled out all the stops once again

Last week, the Southeastern Produce Council held its annual Southern Exposure event and celebrated its 20th anniversary. This year, the event returned to the Walt Disney Dolphin Resort in Orlando, FL. It started off with a golf event on Thursday, followed by educational sessions on Friday and a trade show on Saturday afternoon. Exhibitors and attendees from all over the US and Canada were drawn to the Sunshine state to network, strengthen relationships, have fun and take in some vitamin D. 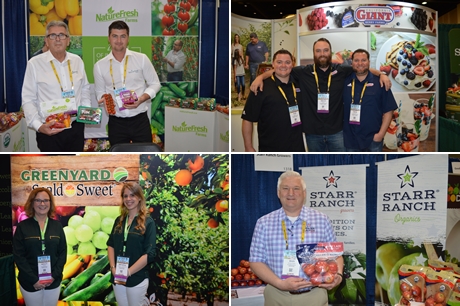 Superb retail engagement
Southern Exposure turned out to be another very successful event. With a wait list for exhibitors, demand continues to outpace the number of booths available. What makes this event so popular? “It’s the entire weekend,” says John Caragliano with Limoneira. “It’s a very well-run event with superb retail engagement,” he added. “Retailers are here for several days and have time to talk to their customers, which makes for a more intimate event. The organization pulls out all the stops.” Feedback from Ray Wowryk with NatureFresh Farms was along the same lines. “It’s an excellent show that provides great opportunities to talk with our retail partners and to get introduced to new people.”

Expanding into new product categories
At the trade show, some new products were introduced with lemon plums from Chile on display at several booths. The shift from conventional to organic continues and so does the focus on convenience. Nash Produce just launched a Sweet Potato Tray Pack that can be put in the microwave complete with packaging. Another trend that continues is companies expanding their product offerings and for some that means going out of their comfort zone. Schmieding Produce, known for its domestically grown potatoes, corn and watermelons, has expanded with a tropical line of products imported from Costa Rica.

To highlight and celebrate its 20th anniversary, the theme of this year’s show was ‘Produce Like It’s 1999’. Exhibitors were encouraged to be creative and put a spin on the theme in their booths. This year’s award for ‘Best Booth’ went to Dave’s Specialty Imports (pictured bottom right). 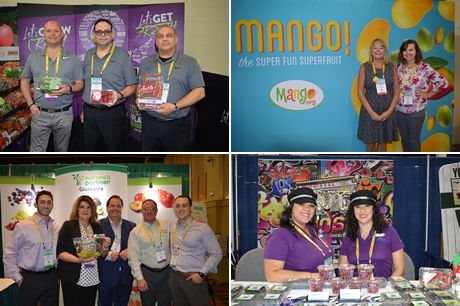