The horticultural farm Tomatec produces tomatoes in the Lot-et-Garonne, in southwestern France. “We cultivate more than 17 varieties, without counting our trials,” says Jonas Hollaar, manager of the company. “Our largest tomato patch covers 43,055 square feet and is dedicated to cherry tomatoes.”

Since 2014, the company also produces old varieties. “We are not pioneers, but I think that we were among the first to grow in greenhouses in Lot-et-Garonne. We have developed varieties with a lot of taste and quality. We harvest them at the right maturity, so they can develop their taste to the maximum.”

In France, there are more and more old varieties on the market. According to Jonas, the volumes in 2019 will increase significantly. “Many producers of cluster tomatoes turned to this segment, as a result of last summer’s very bad prices. I hope that all producers are aware of the importance of providing a quality product, harvesting at maturity and of not deviating towards old varieties that might provide a higher yield but little taste.”

Old varieties: there’s something for everyone
“French consumers are more and more interested in quality products when it comes to taste, and they are willing to pay a little more,” explains Jonas. “The old varieties appeal to all types of customers. They can all identify their favorite taste, texture and find their favorite variety, from the ‘Black Crimean’ to the ‘Pineapple’ tomato for example.”

Flavors of the past
Jonas adds that tomatoes grown in greenhouses or “off-ground” carry a bad reputation in France, an image often conveyed by the varieties of imported tomatoes that provide a high yield but whose taste qualities are insufficient. “This is especially true of the cluster and round tomatoes, stored at temperatures that are often too low, which destroys their taste even more. Many people around me miss the ‘real’ taste from their childhood of the tomatoes that came from their grandparents’ garden. With the old varieties, consumers find those flavors of the past they are looking for. Today, all the French consumers are familiar with at least one old tomato variety.” 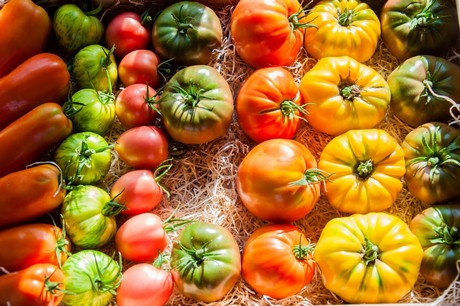 A product for the French market
The entire Tomatec production is marketed by Rougeline. “These are fragile varieties that do not stand transportation well and have a rather short shelf life. Once harvested, the tomatoes must be put on the market quickly.” 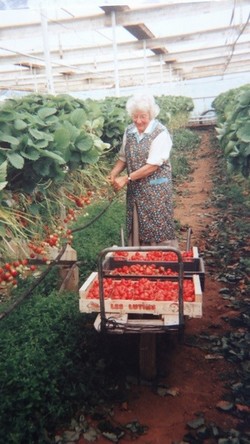 A family history
Jonas is the grandson of the Dutchman Job Hollaar, who was one of the first vegetable farmers to build glass greenhouses in Lot-et-Garonne, in the early 1960s. “It’s probably thanks to him that a greenhouse park was developed in the Lot-et-Garonne department,” tells Jonas. “He also introduced a strawberry variety in France, the “Red Gauntlet”, which has contributed to the development of the now nationally recognized strawberry sector in Lot-et-Garonne.” 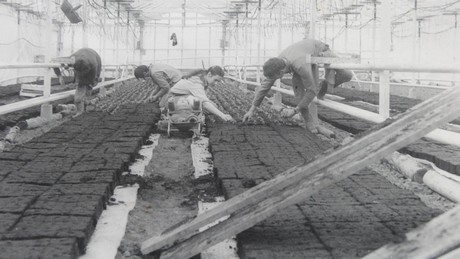 Transplantation site in the 1970s 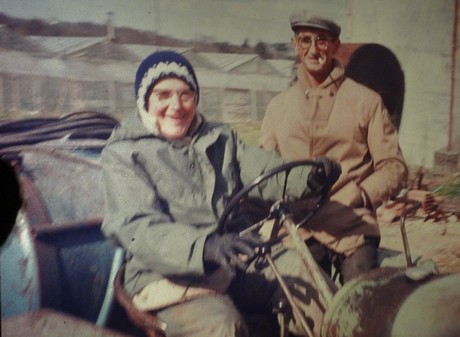 Philippe Hollaar, Jonas’s father, inherited the greenhouses and know-how of his father. At the time, the frames were made of wood, windows had to be opened manually and strawberries were cultivated in the ground. Since then, Philippe and Ruth Hollaar have modernized the greenhouse park, developed off-ground cultivation, and specialized in the production of quality tomatoes. 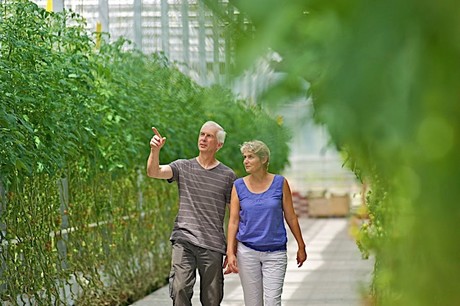 Today, their 26-year-old son Jonas, is taking up the challenge to take over the farm. As a young agricultural engineer, Jonas has enriched his knowledge in the field of greenhouse cultivation by working in greenhouses in Brittany, as well as in Australia and Sicilia. For over three years, he has worked on the family farm, where he has benefited from his parents’ know-how.

“The semi-enclosed concept allows for hydrocooling by only using the ridge openings very little, which are also equipped with insect proof nets. This ‘innovative’ technique helps keep away the insect population, which is strongly increasing in the south of France, due to global warming.”

Promoting the local economy
The farm employs about 26 people over a full season, including 10 permanent workers. Besides, the company’s policy strives to hire employees residing in the Villeneuvois area in order to promote the local economy.

The company is engaged in several quality and environmental movements, such as the Agri Confiance approach for the entire farm, Global Gap, Zero-Pesticide Residue and the “Tomatoes of France” specifications of the AOPn association. The farm makes efforts to work sustainably and obtain the HEV certification. In the summer of 2018, a micro-cogeneration unit (1,500kWh) was installed to control the heating load and double the energy production: heat and electricity, which is more sustainable than the old boiler that only produced heat.