greenhouses blown away in Italy

Italy: "The world is upside down"

The past weekend was characterized by a cold front from the Balkans that brought snow to central and southern Italy and wind to the north of the peninsula.

The cold front determined a sudden drop in temperatures especially in Puglia, Basilicata, Campania, Calabria, In Sicily, in the Pachino area, several greenhouses and productions experienced a lot of issues. 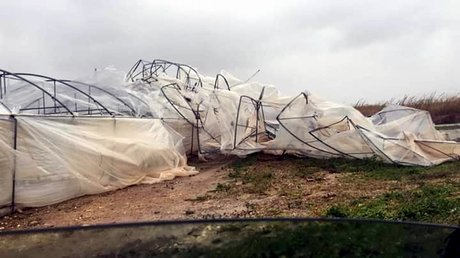 It snowed at a low altitude in Puglia and Basilicata as well as on the mountains in Marche and Abruzzo with exceptional snowfalls between Catania and Siracusa (Sicily). Heavy damage was caused by the strong winds nearing 100 km/h.

Although warnings had been issued, a few facilities did not withstand the force of the wind.

The owner of the Fortunato company, Joseph Fortunato, confirms the gravity of the situation and shared on Facebook some videos showing the bad weather wave.

“The world is upside down. Sun is shining in Northern Europe, while here in the south we are affected by the cold coming from the Balkans.”, Fortunato explains, “In the Pachino area, the wind damaged several greenhouses and productions. Additionally, the temperature is very low, 6-7 °C, and this is not good at all for our plants.” 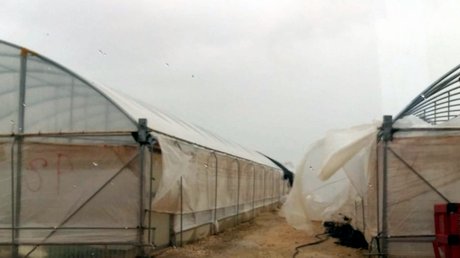 On his blog, agronomist Corrado Vigo reports that "Saturday was characterized by rain, snow and violent hailstorms especially in south-eastern Sicily. The hilly areas around Mount Etna were covered in snow, which is unusual this time of year. Almond trees were already blossoming due to the warm temperatures of the past few days. Various orange and lemon groves have been damaged so now we need to be careful about mal secco."

Some crops went from 16°C during the day to below zero during the night: this shock could compromise those trees, such as stone fruit trees, that were blossoming. 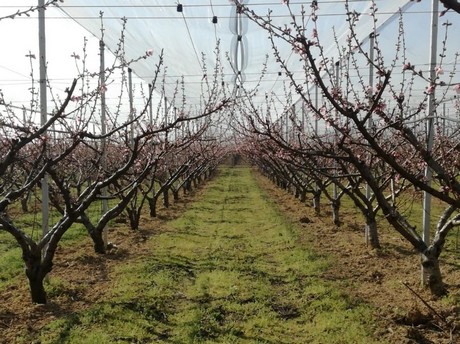 Puglia stone fruit producer Nicola Bollino, who a few days ago talked about delayed blossoming and the possibility of losing the early crops if temperatures dropped to -2 °C, reported: "we feared for the worst but, in this case, the delay in blossoming helped us. Luckily temperatures did not drop below 1°C, so nothing was compromised. We could have lost everything."

Another producer from Puglia reports that frost did cause some damage, but "we will be able to make a assessment only in a few days' time."

Same goes for Sicily, where Fortunato points out that “It is hard to estimate the actual damages, for now. We need a few days in order to fully understand the situation”

According to Confagricoltura, the sudden changes in temperature and strong winds have heavily damaged greenhouses and warehouses in Basilicata, so producers are worried about stone fruit and strawberries. Carmela Suriano, Ceo of Club Candonga, reported that the bad weather lasted so little it did not affect strawberry crops.

The situation is equally severe in Sicily, “Structures and plastic protections experienced most of the damages. As a consequence, crops have been left exposed to the wind. All the farmers in this area are extremely concerned as the damages seem particularly serious.”, Fortunato explains.

In Calabria, the strong winds took the roof off of warehouses and destroyed crops in the Cosenza, Crotone and Catanzaro provinces, but two producers reported that the situation is under control.

tg24.sky.it reported that rail traffic between Sicily and Calabria was interrupted due to a fire on Saturday evening near the tracks in the Consenza province, but things went back to normal on Sunday.

As for Monday 25th February, further rain and snowfalls are expected in some areas in southern Italy. The regional agricultural inspectors have been notified immediately. Today, they will start evaluating the seriousness of the situation. These operations are necessary to launch any initiatives to support growers.