For those who wait patiently for those big, juicy Louisiana strawberries each year, the wait is over.

Growers in the Florida Parishes have begun picking, and the weather is working in their favor. LSU AgCenter horticulture agent Mary Helen Ferguson said some growers in Tangipahoa Parish are starting to pick berries. “Many of our growers put out their plants in October and hope to start picking in November and December,” she said. 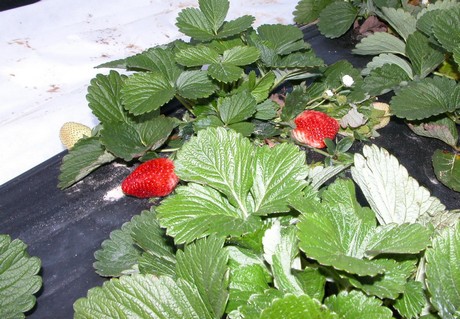 Recent cold snaps in south Louisiana forced the growers to protect their flowers and green fruit with row covers so they weren’t damaged. But Ferguson said the temperature would have to go below 10 degrees Fahrenheit for plants to be killed.

“The plants are acclimated to our temperature, but the blossoms would be killed without the row covers once the temperature dips below 30 degrees,” she said.

The growers are trying to make a profit on the early berries, with the crop really starting to come in around Valentine’s Day.

“Once the cold weather is out of the way, growers usually will have a good crop of berries until around Mother’s Day,” she said.

Eric Morrow, a strawberry grower in Tangipahoa Parish, said he has about 100,000 plants in two varieties: Festival, which is the traditional smaller berry, and Fronteras, which is larger and a little bit sweeter.

“We’re picking now, and we hope to have berries through the Memorial Day weekend. Then we’ll go into blueberries and everything else,” he said.

William Fletcher, also a Tangipahoa Parish grower, said he has about 94,000 berry plants, and he’s expecting an earlier harvest this year due to mild temperatures.

“If the weather remains good, we hope to see the crop coming in about three weeks earlier than normal this year,” he said.

In Louisiana, growers plant two types of plants: bare-root and plug plants. Plug plants, or container plants, tend to produce earlier, while bare-root plants are cheaper to plant and tend to produce for a longer time, Ferguson said.

Fletcher and Morrow said they have berries available in Baton Rouge on Thursdays at LSU’s Pennington Biomedical Medical Center and Saturdays at the Red Stick Farmers Market.