Cannabis is unlike any other agricultural crop. Because of its circuitous history — once illegal to grow, and now legal but heavily regulated — cannabis has cast a unique footprint on the environment and the communities of farmers who grow it.

UC Berkeley's new Cannabis Research Center, announced by a multidisciplinary team of faculty, will explore how cannabis production impacts the environment and society, and how these impacts will evolve under new regulations set in place by legalization. 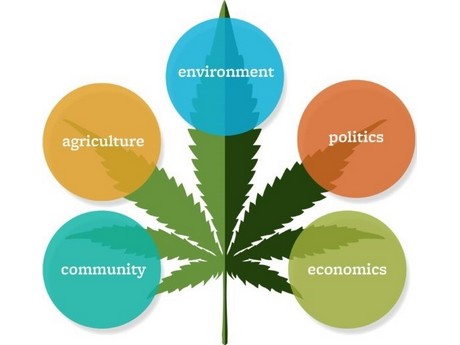 While other research groups in the University of California are focusing on the individual and public health ramifications of cannabis, the center will be the first in the UC system to explore oft-overlooked dimensions of cannabis growth.

Berkeley News spoke with center co-directors Van Butsic and Ted Grantham, both assistant cooperative extension specialists in UC Berkeley's Department of Environmental Science, Policy and Management, to learn more about the state of cannabis production in California and the center's goals. 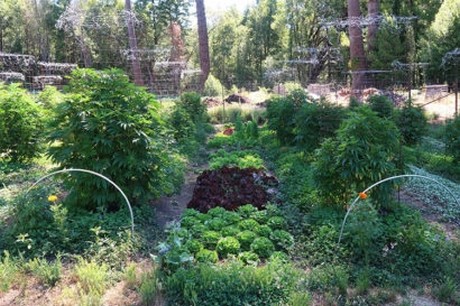 Berkeley News: What are some of the ecological and community impacts of cannabis production?
Ted Grantham: My research primarily focuses on the impacts of water use. These farms are taking water directly from streams or from groundwater wells connected to streams. Most farms are located in smaller watersheds, so even though the total amount of water taken can be small, it can have a big impact on streams that support sensitive species, such as salmon. Other potential ecological impacts relate to the use of pesticides and fertilizers, and habitat fragmentation from building roads and clearing trees.

The social scientists in the center are also concerned about equity and the sustainability of growing communities. Historically many growers would be characterized as small-scale, and there is concern that through this process of legalization, there is going to be a consolidation of cannabis production following models of industrial agriculture. We are trying to understand if there is a way to have cannabis cultivation continue to sustain local economies and rural communities, while limiting impacts to the environment.

How have legalization and associated regulations affected cannabis production so far?
Van Butsic: We're about a year into the formal legalization of recreational cannabis production and it has been a rocky start. There have been fewer participants in the market — producers — than were anticipated. Some growers appear to have gone out of production, many appear to remain in black market production and a relatively small subset of growers have gone through the process of compliance. And the grower community that has pursued legal production are very vocal about the issues and challenges facing their group. We have been trying to better understand what are the barriers to compliance and, ultimately, if there can be changes made in policies that can really help to catalyze this transition. 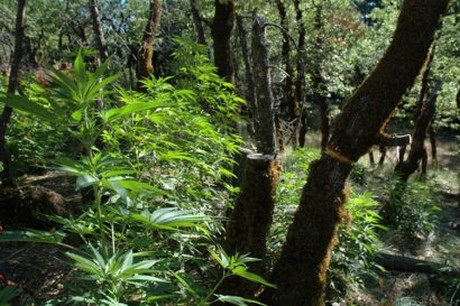 Tree leaves and needles are removed because they block sunlight needed for marijuana plants. Pacific Southwest Region 5 photo, via Flickr

Cannabis production makes up only a very small percentage of agriculture in California. Why is it important to study its impacts in particular?
Van Butsic: This is a great system to study really big sustainability problems. How do we develop an agricultural system that's good for the environment and good for farmers? And cannabis is a really interesting spot to look at it because the regulations enforcing cannabis are totally different than in the rest of agriculture, so it would be really interesting to see if we get different outcomes.

How do regulations differ between cannabis production and the rest of agriculture?
Van Butsic: Cultivators need to be permitted by the state water board, by local government and by state government to grow cannabis legally, and there are environmental regulations in all three of those levels that they need to comply with that require a higher order of environmental performance than most other agricultural crops.

So you think that understanding these regulations might help you apply them to other types of agriculture?
Van Butsic: Exactly. Agriculture has been notoriously difficult to regulate in the past, and this is a system where the regulators got the upper hand, and so it will be interesting to see how the producers respond, and if cannabis producers can be profitable and meet these super-high environmental performance measures, then perhaps there is knowledge and technology that can transfer from the cannabis industry to the rest of agriculture that can improve environmental performance of food production.

We are working on a big project right now where we are mapping where all the farms are after the latest regulatory changes. We want to know, if we could take down these barriers and everybody became compliant, what would that mean for local water budgets, environmental health and for the amount of cannabis that would be produced?

Ted Grantham: This is a rapidly changing industry, and no one really knows where it is headed. Everyone is playing catch up to a certain extent, and we believe researchers have an important role in bringing independent scientific information to conversations around cannabis policy.