"By hand harvesting, we can sort better"

Radishes grow year-round in the Jongfresh greenhouses in Monster (Netherlands). Yet the consumer knows the radish mainly as 'that spring vegetable'. The trade in radish is currently quiet and the market is stable, after a period of considerable shortages. The market is now more balanced, according to Erik de Jong.

"Unfortunately radish is a bit of a forgotten vegetable", said grower Erik de Jong. "Radish is eaten by a lot of people between summer and winter, which makes it a bit outside of the consumer's routine. We would like to change that." 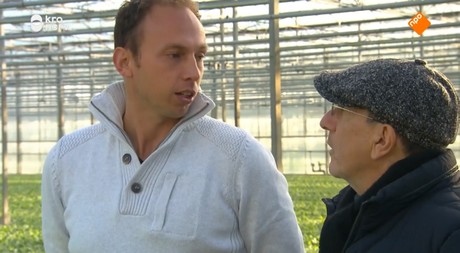 Six hectares
Jongfresh cultivation is spread over various locations in Monster on a total of six hectares of radish. All five varieties (red, white, white point, icicle and since 2016 also purple) are cultivated at each location and harvested manually, sorted from 'mini to maxi'.

Hand harvesting
Whereas it sometimes seems like the whole horticultural industry focuses on automation, Jongfresh goes against the flow. In 2016, they got rid of their harvesting machine in order to sell all radishes as a 'hand-picked quality product' from that moment on. "By hand harvesting, we can sort better," Erik explains. "There is also no need to take mechanical harvestability into account when choosing varieties, so that a variety with thinner foliage can also be grown."

Farmers with a roof
Radish cultivation is done on sandy soil, without concrete underneath. "We are actually farmers with a roof," according to Erik, who also says that the radish can reach groundwater 90 centimeters deep in only two days.

The cultivation of radishes was actually instilled in Erik from a very young age. By growing the crop all year round, cultivation is becoming more and more specialized. "There is still a lot that's unknown about this product, also for me as a cultivator," says Erik. "By continuing to gain knowledge, we can grow an increasingly better product all year." 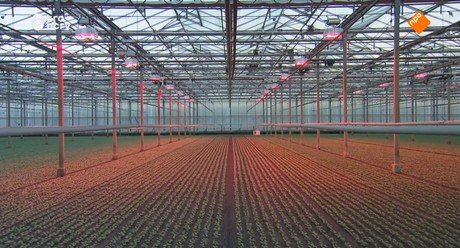 Cultivation under LED
A development in this area is cultivation under LED lighting. At one of the locations of Jongfresh, they have already been experimenting on 1.5 hectares for a number of years. "The goal is to get as much grip as possible on the development of the crop with the right spectrum to optimize the taste, also in autumn and winter. I don't think we will ever be ready to make the perfect radish, because times change and with that the taste of the consumer and dishes. You want to be able to continue responding to those changes." 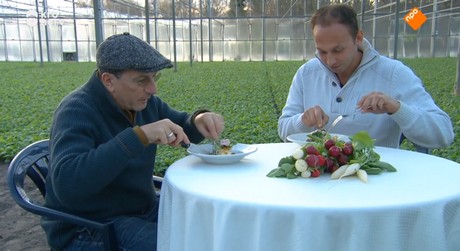 Jongfresh will therefore expand with 1.5 hectares in the coming year, according to Erik. There will also be extra emphasis on purple radishes and new varieties will be added. "But more about that later," Erik concludes.