The good strawberry prices from before the holidays have continued in the first weeks of the new year. A limited supply of lighted winter cultivation is currently traded at good prices of around 12 euros per kilo. A lot runs through campaigns, while little is brought before the clock, as became clear after a question round during the Strawberry Day 2019. Meanwhile, they are waiting for the Spanish import that will start from now on. 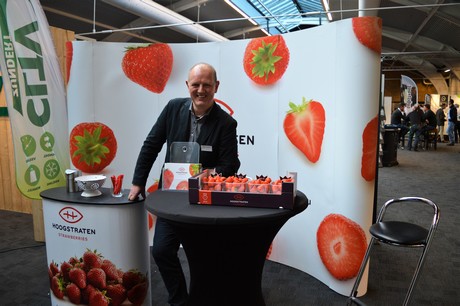 At Coöperatie Hoogstraten, 3,680 kilos was delivered on 9 January at an average price of 6.10 euro for half a kilo. From the lighted winter cultivation, Sonata is currently delivered to Hoogstraten. Part of the production is in retail programs, but there is also a bit of export. The expectation at Hoogstraten is that prices will remain stable for the time being, until volumes start to increase around mid-March. 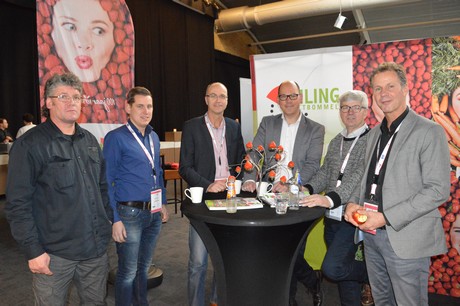 A similar picture at Veiling Zaltbommel. Here too, a limited supply of lighted winter cultivation, but from next week there will also be increasing volumes available from Spain. The supply from the south, however, took longer this year, because Spanish growers had to deal with cold temperatures. From the western corner of the Iberian peninsula there is already plenty of supply. Two growers in Portugal have been in production there since mid-December with Dutch plant material from Elsanta. The prices for this southern supply are between eight and nine euros per kilo. 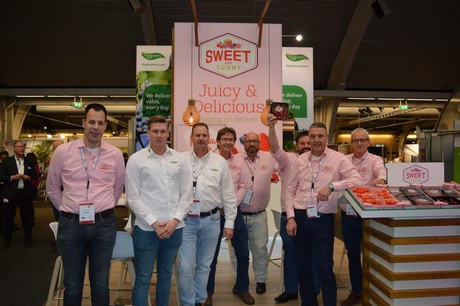 The soft fruit team from The Greenery with Sweet & Sunny

The Spanish supply at The Greenery has started this week, so the strawberries of the Sweet & Sunny brand are available again. The start date for the supply corresponded to the expectations of The Greenery's soft fruit team. Only the volumes remain a bit behind due to the cold in Spain. As soon as the volumes start to increase, as is expected from next weekend, The Greenery will also plan the first retail campaigns.

The photo report of the Strawberry Day and the ISFC can be found here.