Several major farming and horticulture industry representative groups have raised concerns with the Australian Government's new initiative to get unemployed workers to fill the labour shortage gap in harvesting.

Under the new plan announced by Prime Minister Scott Morrison, farmers have to register their need and government agencies will make an assessment and first try to get Australians into those jobs.

"We want Australians to go and do those jobs and have access to those jobs," Mr Morrison said. "Because the farmers need you to do the work and the Australian economy needs you to do it as well. What we’re doing is making sure that the jobs and the work that is there is being put in front of them. That seems to have been a problem in the past, that the actual jobs are not being relayed to the people who are in a position to go and do those jobs. If you’re fit and you’re able and you’re available, then you should be working, not taking the dole." 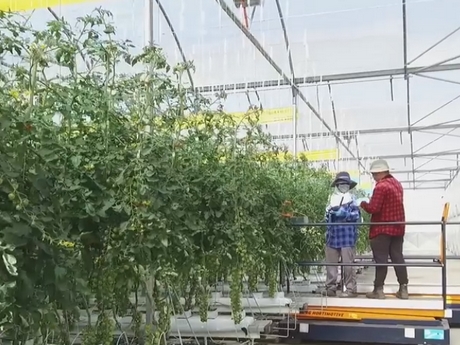 The National Farmers' Federation has labelled it as a "shallow attempt at solving a deep problem", saying farmers have already been trying to get local workers onto farms for years.

"The reality is this latest attempt is unlikely to bear fruit, or get much picked for that matter," The NFF said in a statement. "What is needed is a dedicated Agricultural Visa. Industry has been calling for a dedicated Agricultural Visa for over 12 months now. Many agricultural tasks are short-term or seasonal. Often these arrangements aren't attractive to local workers, who have ongoing financial commitments and longer-term career aspirations. That’s why the Government’s announcement is so disappointing."

However, the Mr Morrison did admit that where there is a still a shortage, the government will ensure that the Pacific labour scheme and the Working Holiday Maker scheme will be able to make up that gap - but stopped short of committing to the specialised visa.

"I’m already working with David Coleman as the Minister for Immigration to ensure that we’re working along across possible changes with the Working Holiday Visa program so they can kick in," Mr Morrison said. "So, I’ll have that ready to go, but what I want to know first is; which jobs, where, how much, when do they start? Let’s get the data, let’s look at where the need is, because what I want to do is target these initiatives."

The NFF's concerns were also shared by Growcom who says this is another example of the government’s lack of knowledge around the needs of the horticulture industry.

"The industry is not the repository for the long-term unemployed and we want willing workers not those with no choice," CEO David Thomson. "Growcom continues to advocate for a dedicated Agricultural Visa that will genuinely address the needs of farmers as well as reforms to the Seasonal Workers Program. Obviously, we would prefer to employ Australians but despite incentive programs to entice local workers into these seasonal roles, the volatile nature of the industry makes it challenging to recruit local workers."

Mr Thomson highlighted "The Sweetest Job" campaign involving Queensland's strawberry farms, two years ago, saying out of around 1,000 applications only 126 were interviewed and only one remains employed today.

"This is not necessarily a negative reflection on the job seekers, as the variable nature of farm work make it challenging for anyone with a family who cannot commit to working flexible hours and days, without transport or who want consistent part-time or full-time work," he said. "It does however, highlight that it is problematic to assume that local job seekers can provide an alternative, reliable and stable labour source. Many horticulture enterprises are significant regional employers and being able to access seasonal workers mean they can provide employment for local people in longer-term positions."

AUSVEG says previous schemes to force local workers on farms through the threat of removing benefit payments, to solve the problems that growers are facing on-the-ground have been tried and failed.

"What we need is a workforce that wants to work on farms," AUSVEG CEO James Whiteside said. "As it stands growers lack confidence to plant more crops or plant labour-intensive crops because they won’t be able to harvest them. Farmers deserve better than this and should be entitled to access a workforce that wants to work on their farms. We have provided the Government with a practical solution that addresses our labour concerns and we are willing to work with the Government to also look at existing visa programs to get more workers on farms."

The Australian Government is asking agricultural producers to visit to the National Harvest Labour Information Service, at www.jobsearch.gov.au/harvest or call 1800 062 332 - to get more information or work out and register the labour needs of their businesses.