Dutch mentality, but with a North American truck

It’s been almost a decade since George de Groot left the Netherlands for Canada, to start his own business in the grading and excavating works. After a difficult start, he’s got no reason to complain about work now. Both in Canada and the United States, things are looking up in horticulture. And although he drives a North American truck, the Dutch mentality is still the main thing. 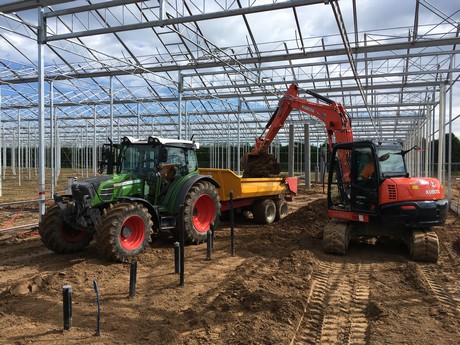 “The first few years were pretty difficult,” George says, looking back. Nearly ten years ago, he crossed the pond with his wife and two daughters. “I had a business in the Netherlands that was doing well, and did a lot of work for a contractor, Loonbedrijf van Etten. In Canada, I started from scratch. And at the time, there wasn’t much going on here.” Now it’s a different story, and there’s no lack of work. “There’s plenty of work in North America, and demand for quality also plays a big part. In the United States, Dutch greenhouse builders and other clients also know where to find us, and the numbers are only going up.”

George explains that something which may seem simple – levelling out a piece of land – requires a great deal of craftsmanship. “It’s often about very large areas. You need to have the right materials, and the experience. When I was 14, I already worked at Loonbedrijf van Etten, and I still enjoy my work a lot – but that’s not all. You can really make a difference by helping someone with the digging plan, as well as planning and carrying out the work. Whether it’s new construction projects or existing greenhouses, we’re involved from start to finish with many projects. That’s a great thing to do.” 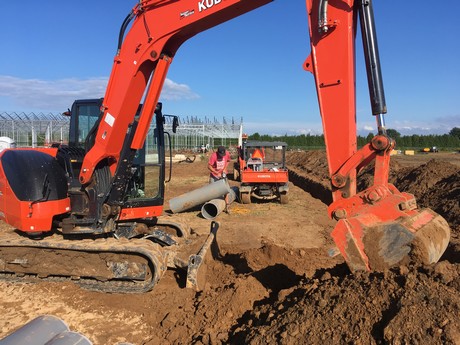 At the moment the company, which has five employees, is mainly busy with new builds. In the next 4 to 6 weeks, they’re working for Westland Greenhouse Supplies, while also being hard at work at Hendriks Freeman Herbs in Niagara to dig the irrigation and installing a cultivation floor. “Later in the year we have another nice project in Montreal for Havecon, and in December there’s the re-levelling of 6 hectares at Suntastic.”

George de Groot Laser Grading & Excavating does also soccer fields and other sports projects, which George did in Holland as well. "At first, they didn't like it here. But after I did a few fields for a very low price just to demonstrate how we work, it has become a growing business as well. We’ve shown it works, and now we’re doing 70% of the artificial turf in Ontario.” 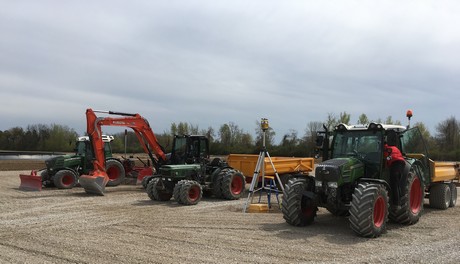 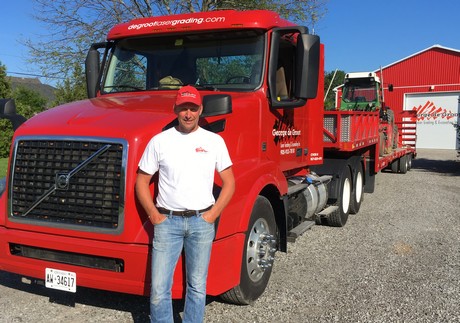 In order to do all that, they’ve increased their fleet of machines quite a bit in the past few years. “We’ve got about five people working here now, and our fleet has indeed grown quite a bit. Most machines are imported from Holland, but we also have a big North American truck now. That’s pretty cool.”

That truck will be on the road again next week as well. “For a two-day job in Montreal, we’ll be travelling 1300 km.” When the distances get too big – for instance to Yellow Knife, at a distance of 4000 km - George will catch a plane, and all the machines are transported to the job. “Clients value our service and quality. We often work faster and better than local partners.” George calls it the Dutch mentality. “Down to earth, doing an efficient job. That’s how I want to keep doing it!.”

Meet George and his team at the Canadian Greenhouse Conference next week in Niagara Falls at stand 3012!