"Geert Leffers : "if everything could take care of itself, I could have just stayed at home"

Dutchman Geert Leffers is currently involved in one of the biggest challenges of his career; the construction of a large greenhouse operation for tomato cultivation in Daxing, the southern suburbs of Beijing, China. The project is underway with the construction of it's first 5 hectare high tech greenhouse, and with about 55 hectares to go, it has to become the crown on Leffers career before he plans to retire. We spoke with him about the challenges he is facing in China.
Leffers has a longstanding career in greenhouse development; Born in Brazil as part of a Dutch family, he went back to the Netherlands to learn all the ins and outs of horticulture after finishing his military service. After gaining experience in The Westland working in a freesia greenhouse, he went back to Brazil to start his own company. He started with open field cultivation but soon broke ground with his first 2nd hand greenhouse that he imported from the Netherlands. After successfully cultivating tomatoes for a decade in Brazil, he went back to Holland for the 2nd time. "Working for Dutch installers and contractors like Brinkman and PB Techniek, I gained a lot of experience in the construction of greenhouses and was responsible for many water technical installations in domestic and foreign projects". Leffers has installed in China, The USA [Village Farms Monahans, TX] and in the Netherlands. 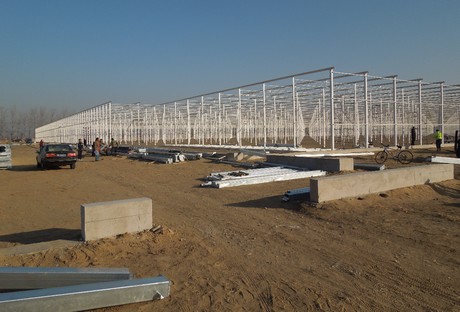 The project in Daxing
After being involved in many projects, Leffers got in touch with the project developers in China. Beijing Dongzheng Agriculture. Co. Ltd. hired him as a technical manager in order to develop their investment plans in Chinese horticulture. The group has big plans with their 60 hectares, but they knew they had to hire Dutch knowledge. "The group has plans to develop a 60 hectare greenhouse operation at the New Zealand Agriculture Park in the Daxing District. They originate from real estate development and do not have any experience in horticulture, hence they hired me as a technical manager." 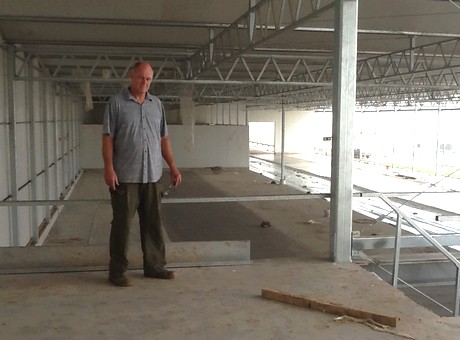 Geert Leffers
The group plans seem to work out well; the construction of the first five hectares of Venlo greenhouse is underway; Leffers expects the first glass to arrive in the 2nd week of June. But according to Leffers nothing is what it seems in China: the project is already 7 months behind in planning.
"There are many challenges to undertake and sometimes it takes a lot of me", Leffers said when refraining to the big delays as a result of the language barriers and bureaucracy. "When I was hired I made clear that I wanted everything to be done the way that we planned it. But in China, the local government likes to interfere in the smallest details, which results in big delays, and discussions. This is something that you need to avoid as it takes a lot of time. Next to this the language barrier is also very time-consuming and in some cases you will achieve the opposite of what you have mentioned." 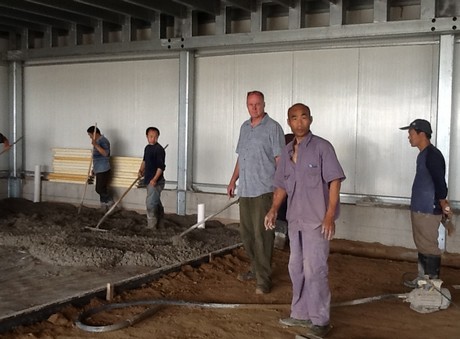 Leffers with Chinese contractors
Despite the big delays and all the extra efforts, Leffer is still very positive about the project. He sees the project as a big challenge that he would like to complete before retiring. "Right now we are in the middle of the construction of the first 5 hectares, in 2015 we want to complete another 5 hectare and in the next phases we have the intention to build 10 hectares each following year. It is a long project that requires many guidance and effort. But on the other hand: if everything could just take care of itself, I could have just stayed at home in The Netherlands." 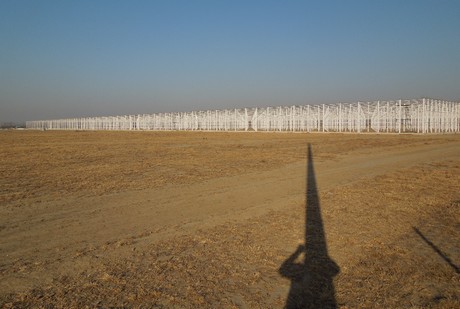 Leffers goal is to establish a successful operation. "It is known that there have been many investments in horticulture in China. A lot of projects have been realized over the years, but in many cases they remained unsuccessful due to the fact that the wrong people were responsible on site. This is something that you will need to bear in mind. " 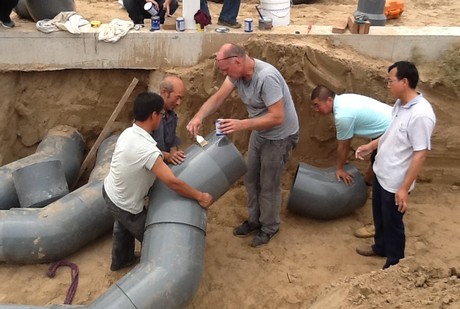 It is not only the technical development that lays within Leffers responsibility; he is also involved in picking the right crops. "I visited several Dutch growers and scouted some varieties, right now we consider a TOV and a tasty cherry tomato. The first youngplants will be supplied by a local propagator, but we plan to build our own 4000m2 propagation greenhouse."

"We still have a long way to go" said Leffers. "When you are constructing here you have to think day by day. Everyday costs a lot of money; sometimes there is no money available to get the things that you need. I am used to some delay, but the delays in China are inconceivable. Sometimes you have to get really mad before you get what you need."
For more information: Geert Leffers (e-mail)