China is on its way to become an increasingly important partner in many new potential economies. A recent meeting between King Saud University (KSU) and representatives of the Chinese greenhouse manufacturer Beijing Kingpeng International Hi-Tech Corporation Middle East is also a result of the increasing focus on agricultural cooperation. 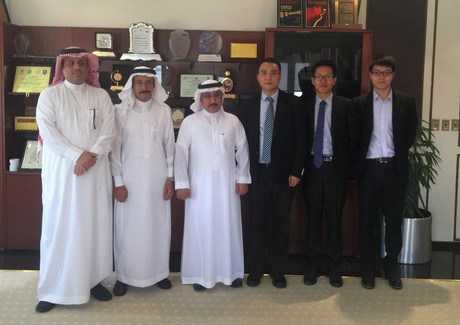 In the middle of October, 2017, a team led by the Kingpeng's Vice General Manager, Mr. Liang Qi, visited King Saud University (K.S.U.) to have fruitful meetings with Dr. Ahmed S. Al-Aameri (Vice Rector for Graduate Studies and Scientific Research), Dr. Nasser A. Al-Suhaibani (Dean of the College of Food and Agricultural Sciences) and other leaders from K.S.U..
The visit was a result of a mutual knowledge exchange and cooperation between the two parties. K.S.U. operates a scientific research greenhouse project from Kingpeng and both parties share their technology, experience and views about the greenhouse design, climate control and plant growing in Saudi Arabia and the future trend for agriculture and greenhouse under the “Saudi Vision 2030”.
The “Saudi Vision 2030” is considered to be the fundamental step towards transforming Saudi Arabia's economy from a merely petrochemical focus to a diverse economy. The 2030 vision for agriculture is focusing on privatization and the well-being of Saudi citizens. It includes the protection of national resources and providing food for the population. 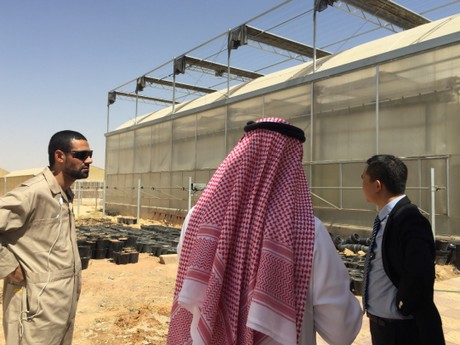 The Kingpeng Team presented their new projects, technologies, experiences and research fruits adopted these past years, such as Multistorey Cropping, Solar Energy Panels, DFT, NFT, New Plant Factory etc., and K.S.U. introduced their scientific research progress, experiences and achievements in their research center and also government policy and support for agriculture research and commercial promotion.
In order to support each other, both parties wish to promote the Saudi greenhouse industry, especially in regards to hydroponics, temperature control and vertical farming. For this reason a MOU was signed to provide a preliminary step for future collaboration between KSU and Kingpeng.
As a result of this MOU, Kingpeng and K.S.U. will organize a number of activities and initiatives, such as developing greenhouse technology dedicated to Saudi Arabia, arranging bilateral visits for training and research and organize workshops and meetings in Saudi Arabia. All with the purpose to commence the development of the collaboration between KSU and Kingpeng and accelerate the modernization and commercialization of greenhouse agriculture in Saudi Arabia.
For more information:
Beijing Kingpeng International Hitech Corporation
Mr. Liang Qi
liangqi@chinakingpeng.com
www.kingpengintl.com.