Sustainable innovative packaging on the rise in floriculture

Nowadays, innovation and working sustainably is becoming more and more important in the greenhouse industry. Also when looking at pots, containers and trays, companies need to distinguish themselves from the competition. Desch Plantpak is one of the companies that is trying to combine these two concept in pots, trays containers and packs. Additionally, they are one of the finalists for an award with their last innovation. 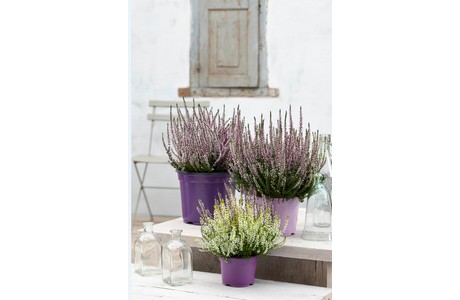 Decorative pots from the Desch range.

Desch Plantpak is a manufacturer of thermoform and injection moulded pots, containers and trays and is a major player in Europe. Desch was established by Mr. Delen and Mr. Schuddenboom in 1989 who were previously focused mainly on packaging material in general. However, after noticing a potential market in the greenhouse industry, they decided to primarily focus on this industry and started to manufacture thermoform pots for the professional greenhouse growers under the name Desch Verpakkingen. After recognizing an increasing demand in trays, they merged with Synprodo Plantpak and formed the current company Desch Plantpak.

Even though the company is a large player in thermoform and injection moulded pots and containers, there is still a need to distinguish their products from the competition. Desch Plantpak is trying to achieve this by introducing innovations and becoming a sustainable and "greener business".

"Grow&Gow" Nora: this hanging basket pot is nominated for the "Glazen Tulp" award.

Regarding innovation, Desch Plantpak is constantly innovating and currently also holds a range of injection moulded decorative pots, hanging pots, bowls and accessories, known under the name EPLA range. With one of these decorative pots, they are nominated for the “Glazen Tulp” award. This award can be won by Dutch companies with innovative floricultural products. There are three categories; cut flowers; pot plants and concepts. The company's new hanging basket with water reservoir; "Grow&Gow" Nora has been nominated for this award. Due to the water reservoir, the shelf life of the plant is extended. Therefore, the plant will flower longer and will consequently have a positive effect on the entire chain; from the breeder to the customer. With this innovative product the company is one of the finalists in the last category; concepts. 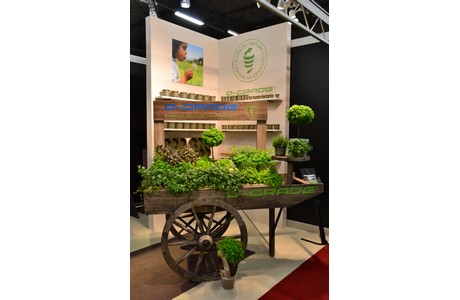 All products of Desch Plantpak are perfectly suitable for automation and most products are made with recycled materials. As sustainability is becoming an increasingly important aspect, a new biobased product line, called D-grade, was launched a couple of years ago. These products are 100% free of oil components and recyclable. Moreover, the machinepark of Desch Plantpak is becoming “greener”. They are able to increase their production capacity and decrease their energy consumption all at once. Desch also uses green energy for the production of D-Grade products.

"The future looks bright for Desch plantpak" says Wieringa. "Worldwide, markets are in a certain phase. Therefore, there is a demand for different products in different markets", says Wieringa. The European market, for example is in a quite mature phase, while other markets outside Europe are in a growing phase. This trend is visible in the demand for different kinds of pots, containers or trays. However, they all have one aspect in common; they are all innovating. Therefore, in order to be ahead of the competition, Desch Plantpak keeps investing in innovative ideas in the future.