A series of trials with enriched biochar have turned out very well for a group of European growers. During the recent British Tomato Conference, James McPhail of Carbon Gold spoke about the application of their biochar products in both organic and non-organic systems.

"When it comes to plant disease, prevention is always going to be better than curative measures. Costs increase with each fungicide and pesticide application, which all have their own side effects, resulting in increased spending", said McPhail.

Carbon Gold’s commercial director explained that their focus is on prevention with a biological approach as innovation is the only way to secure a competitive advantage. But it can be difficult for growers to implement new techniques and look to conduct trials when their business is looking for efficiency improvements i.e. more output from the same resource base, to alleviate market pressures.

"The temptation is all too often to batten down the hatches and stick to what you know, rather than trying something new. Innovation doesn’t have to be a step into the unknown." 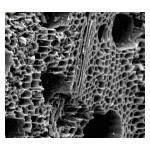 According to McPhail, enriched biochar could be the answer. Biochar is highly porous, recalcitrant and inert substance; it has a huge surface area and is extremely absorbent. As such it increases the water holding capacity and nutrient retention in soils or substrate where it is applied.

The introduction of biochar to substrates or soil provides a stable, permanent infrastructure for the colonisation of beneficial micro-organisms, which is why Carbon Gold enrich biochar with fungi, bacteria and trace minerals.

They have developed an easy application without any great impact to growing systems. "Non-organic growers need to apply only one scoop of biochar at the beginning of the season to each plant in any substrate including rockwool. This turns an otherwise sterile warm and wet breeding ground for pathogens into a healthy living growing medium; reducing transplant shock, strengthening rooting and improving plant vitality." 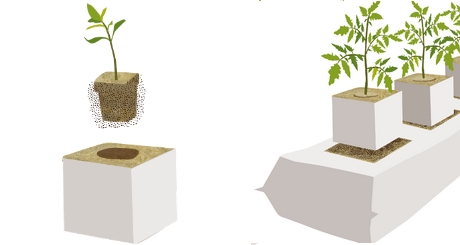 The biochar blend applied to the root system during plug and transplanting stages.


Glasshouse growers in nine European countries have trialled Carbon Gold’s enriched biochar products in over 35 hectares of greenhouse crops (bell pepper, tomato and cucumbers) and soft fruit in both organic and non-organic systems in the last four seasons. "The average increase in yield as a result of these trials has been 11% in organic and 7.2% in conventional production; despite the presence of pests and diseases."

"Innovation is the only thing that can give growers a competitive edge, but it doesn’t have to be a step into the unknown! Look to enriched biochar for positive outcomes", concluded McPhail.