In Samtredia, Georgia, a state of the art 4,000 m2 greenhouse facility is producing hydroponic lettuce varieties for the local market. The greenhouse is equipped with LED toplighting and uses geothermal energy. We spoke with one of the investors behind the project; Dirk Aleven of FoodVentures.

Recently the first hydroponic harvest was picked and packed at Imereti Greenery, a modern greenhouse company that was founded by Dutch investors of FoodVentures and Georgian business partners. Remarkable, since the Georgian greenhouse industry has been in a downfall since the collapse of the Soviet Union in the 90's. 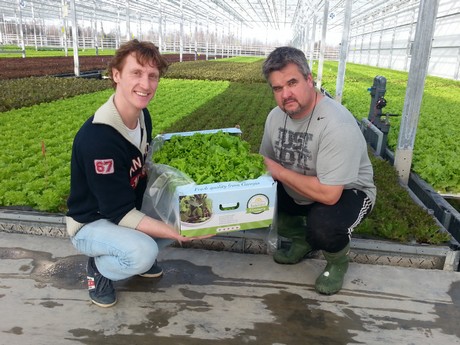 "Right now there is a good investment climate for greenhouse horticulture in Georgia", said Dirk Aleven of Food Ventures, a company that teams up with local investors to realize greenhouse operations in economies that provide opportunities. "Georgia is strongly depending on food imports from neighbouring countries like Turkey and Iran. Consumers demand fresh and local grown produce, so it makes sense to have domestic greenhouse production." 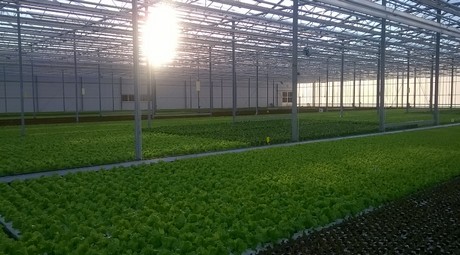 The 4,000 meter glasshouse will serve as a pilot for more projects.

The 4,000 m2 greenhouse might seems a bit small. "It is not a very large operation, but due to the fact that we produce on a hydroponic system, we can produce 1 million heads of lettuce per year. That is equal to the amount of lettuce that is being imported right now." Imereti Greenery delivers the harvest directly to the local retailers in Georgia. "The Georgian retailers favour our produce above imports; it's fresher, better quality and we can offer them more variety like Lollo Rosso, Frisee etc.", said Aleven. 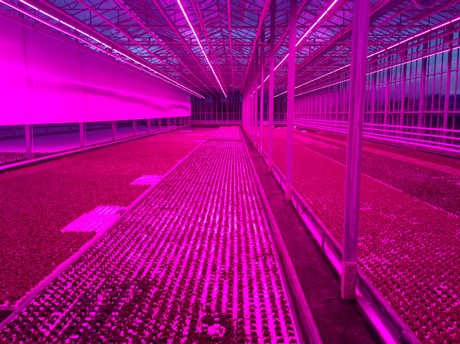 The greenhouse of Imereti is high tech, so a large investment was needed. The structure was supplied by Dutch greenhouse builder KUBO and the hydroponic system is from Dry Hydroponics. "Our greenhouse is using geothermal energy, so we can produce against low costs in terms of energy. We also have Philips LED toplighting installed so we can produce year round thanks to extra light in darker months."

Dirk Aleven of Foodventures and head grower/consultant Dick de Jong at the greenhouse that is equipped with Philips LED toplighting.

The reason for Imereti to install LEDs was not in terms of energy efficiency. "Electricity is affordable in Georgia, there is plenty available. Our concern however was the temperature in the greenhouse. We are located in a warm climate, and even during the darker periods, it gets to warm inside the greenhouse, that is why we need to screen a lot as well. HID or SON-T toplighting was not an option for us for the darker months, we needed something cooler. That is why we choose for LED toplighting. Now we still have the extra light in dark months, but without the extra heat."

Imereti now has 4,000 m2 of production and a 2,400m2 packing facility. Next to this greenhouse, Imereti Greenery upgraded a medium tech greenhouse growing Georgian Cucumbers in return for a minority stake. Aleven expects to expand the operations in the near future with additional glasshouses of 3 or 4 hectare for the cultivation of cucumber and eggplants.